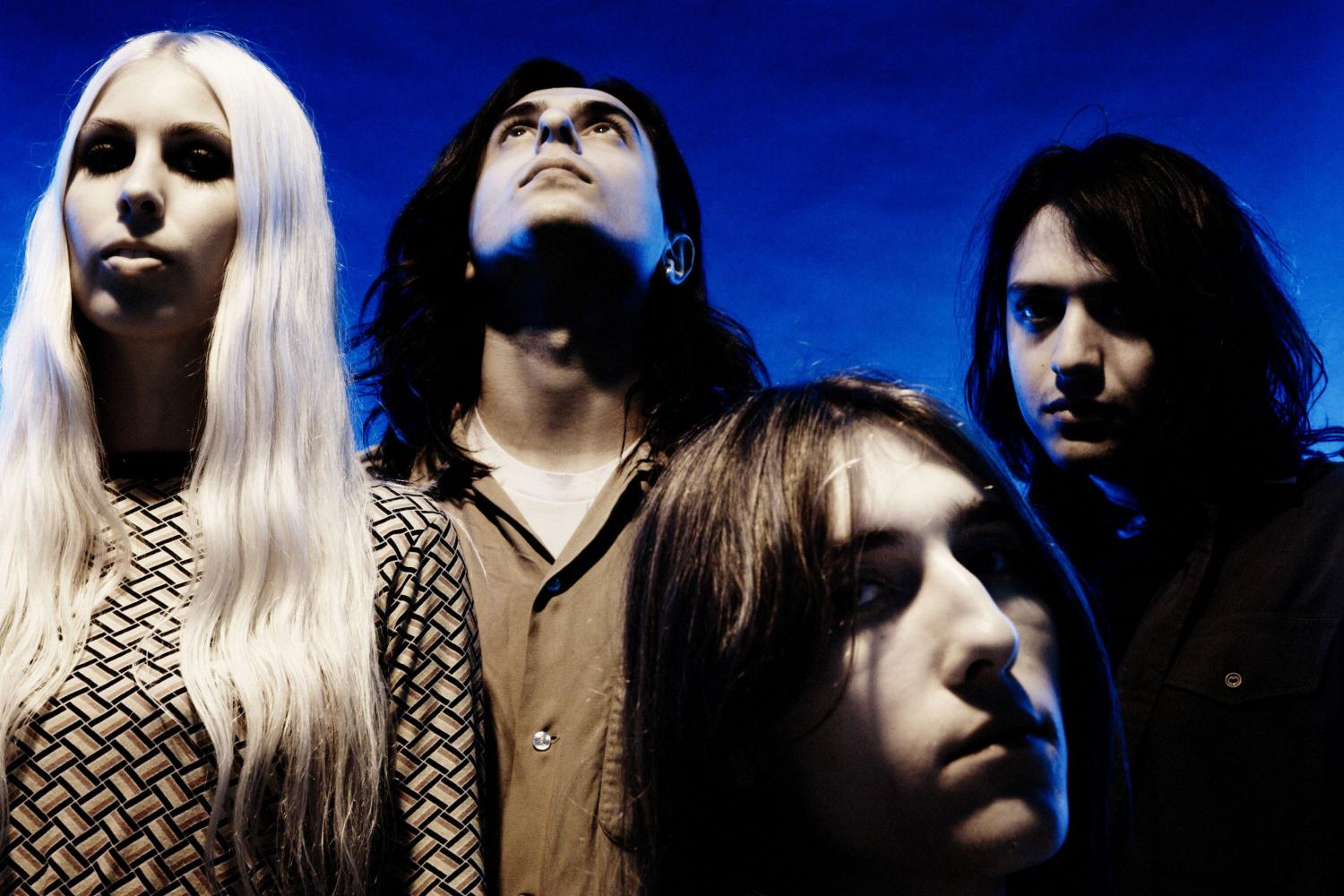 The October 17th gig at Scala was something of a homecoming for the South London indie-rock band, and what a homecoming it was.

Having released their self-titled album in September, it’s been an exciting couple of months for INHEAVEN, and if there was one word that I would use to sum up the gig, it would be just that – exciting. The band have been releasing music since their 2015 single ‘Regeneration’ – a single which so caught the attention of The Strokes’ Julian Casablancas that he released it on his record label, CULT RECORDS, and despite having only been together for a relatively short period of time, it’s clear that INHEAVEN are one of the most exciting new bands to have ventured onto the indie-rock scene in recent years, and are definitely one to keep a close eye on.

They were supported by two bands – the four-piece indie rock group BLOXX from West London, and King Nun, a rock band signed to Dirty Hit, the same label that artists including Wolf Alice, Pale Waves and The 1975 are signed to, and a label that has been responsible for putting out some of the most exciting indie and indie-rock of recent years. There’s the age-old saying that you often find your new favourite band after seeing them support the band you originally booked to see, and it’s a saying that is definitely true for me in the case of BLOXX and King Nun. I’m loathe to use the word exciting again, but it’s incredibly applicable to both these bands. BLOXX have already released four singles so far in 2017, including ‘Curtains’, a song featuring heavy guitars and incredible vocals from frontwoman Ophelia Booth. ‘Coke’ is another standout, as are ‘You’ and ‘Your Boyfriend’ – in fact, every song in BLOXX’s set is a standout, and points to very, very bright things for the band’s future. As for the second support act, King Nun – words can do little to properly explain just how much energy this band exude on stage, and how exciting (drinking game: take one drink every time Phoebe uses the word ‘exciting’ in this article) both the band and their music are. The singer and guitarist, Theo, spent more time jumping about in the air than with his feet on the stage, and honestly, I could write another entire article about King Nun. All I can say is that you absolutely need to go and listen to them right now – ‘Tulip’ and ‘Speakerface’ are my particular favourite singles.

INHEAVEN are a band that are incredibly visually focused – singer and bassist Chloe Little was a film student before she was in the band, and many of the band’s songs start life as visual clips that then inspire songs to be written. Little also directs a number of INHEAVEN’S music videos, and the band has spoken in the past about wanting to try and bring some of that attention to visual detail to their live shows – this is incredibly evident, with a distressed looking American flag referencing the lyrics of ‘Baby’s Alright’, and roses decorating mic stands and all other available spaces. The four piece band, made up of Little (vocals, bass), James Taylor (vocals, guitar), Joe Lazarus (drums), and Jake Lucas (guitar), played a fourteen song set, playing the entirety of their debut album, alongside some B-Sides of singles that didn’t make it onto their debut. INHEAVEN’s debut album is one of those rare albums that doesn’t contain a single song that could be seen as a weak-link, and this showed during the gig, with the band playing tune after brilliant, high-energy tune. Each song is better than the next, from the almost 80’s new wave inspired ‘Stupid Things’ to the raw and gritty ‘World On Fire’ – the song which saw the first mosh pit of the evening, encouraged by singer/guitarist Taylor. INHEAVEN’s music is also exciting (there’s that word again) in that it doesn’t seem to fit quite into one genre – at times it feels like it could be from the 2007 height of indie music, or from the ‘80s art and college rock scene, and it could definitely also fit into the grunge genre at times. Little cites her inspirations as being Patti Smith, Sonic Youth, Siouxsie Sioux and Debbie Harry, and these influences are very apparent within their music. Other standout songs include ‘Bitter Town’, ‘Real Love’, and ‘Vultures’, a song that mixes Little and Taylor’s vocals perfectly to create a high-energy punk rock banger. INHEAVEN have only just started, and I can’t wait to find out what else they have in store.