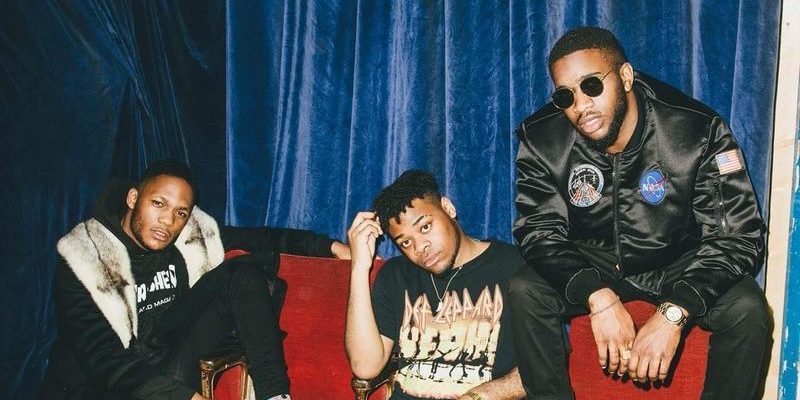 The new hip-hop trio from Ireland, recently released their latest track ‘Herside Story’, for all those reminiscing summer. Although they may attract an audience with an ‘acquired taste’, as evidenced below, they nonetheless are moving up in the music world, and after supporting Dua Lipa, could 2017 twice as good?

Halina: “The song has some quirky beats but generally it’s a bit of a weird song, not really a clubby song or an easy listening song; it has no genre.”

Beth: “Not a fan at all: I started to understand what he was saying about halfway through and I think the weird video sums up the strange vibe completely.”

Megan: “The singer is trying to sound too much like Drake’s music style in my opinion.”

Fab: “Not my thing but there are definitely some decent similarities to Drake in there!”

Wade: It’s very confusing. It’s the same problem I have with Jason Derulo and Chris Brown. They both sound exactly the same. And this dude sounds like Drake.”

Josh: “The type of song you want to chill and relax to – has a ‘spaced out’ feel to it.”

Gemma: “I like the beat, but not much of the effects on the vocals. It’s a good tune to nod your head to though.”

Kate: “The kind of song that plays in Tommy’s at the beginning of an SU night.”

Aysha: “It’s hard to understand what the lyrics are even saying – but I don’t think you’re missing out on much if you can’t.”

Adam: “Definitely not my thing – it sounds too light somehow – not enough bass, the mix is really off and let’s not get started on the level of originality in the song.”

Maddalena: “I have mixed feelings about it. I think the singer kills the muse base.”

Noelle: “It sounds a bit like the composer went: ‘I want to make chill beats and all that’ and the vocalist went ‘Nah, I want to rap and say random things and sound like I’m trying to finish my sentence before someone cuts me off really hard’, ad the result was this.”

Elliot: “Too much going on with the vocals, and slightly too sped up.”