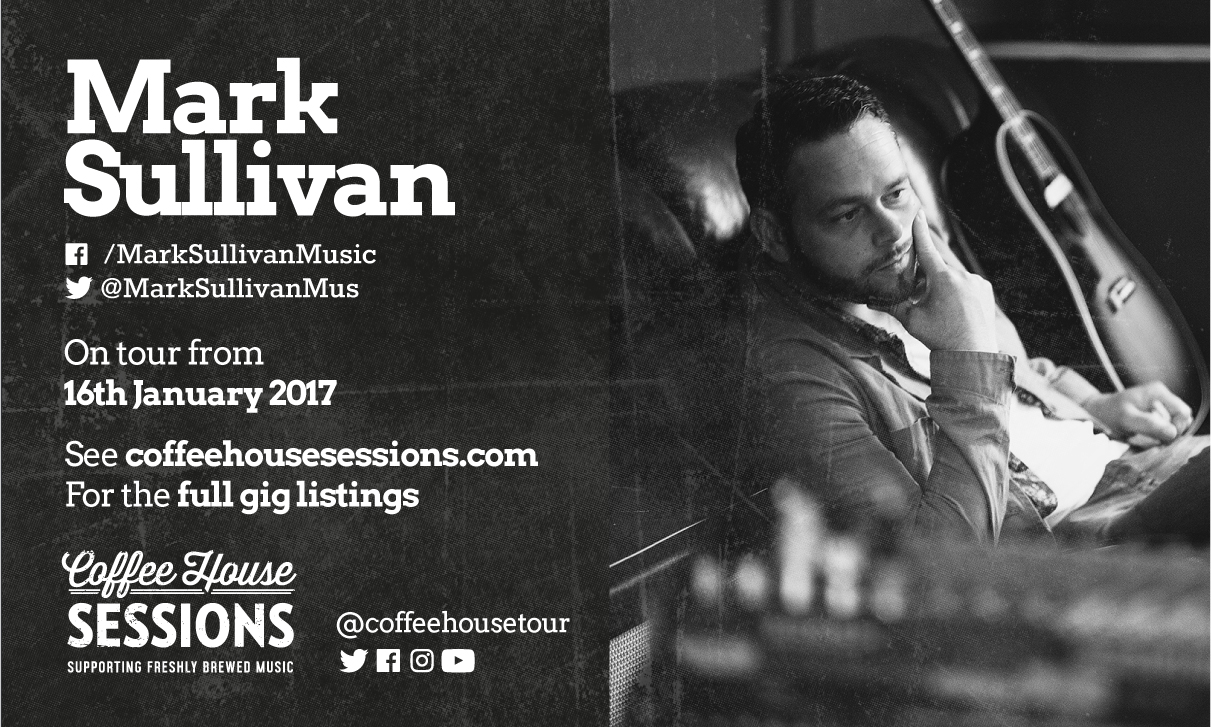 The award winning musician Mark Sullivan, is the first artist to start 2017 on the Coffee House Sessions tour. The talented singer/songwriter released his most recent album at the beginning of December, and is due to play at Royal Holloway on Monday 16th at 5pm. So come along to Tommy’s Bar in the Students Union on campus, to check out Sullivan’s musical talents in the flesh.

1. What one song could you not live without?

2. And what song is your guilty pleasure?

Genie In A Bottle

3. You’ve got the chance to record a duet… who would you like to sing with you?

4. Tell us about where you’re from…

I’m from Stevenage. I’ve been playing in and around the area for a long time. My parents were heavily into Motown and the Beatles and I grew up playing guitar, first joining a band around the age of 14. Stevenage’s music scene is pretty much non existent, however the scene in Hitchin next door is fairly healthy.

5. What’s been your career highlight so far?

Winning Rock The House Soloist category, having my award presented to me by Rick Wakeman and then getting to play at the US ambassador’s’ house all in one day!

6. What are you most looking forward to about the Coffee House Sessions tour?

Getting to perform around the country to new listeners – playing live is what I live for.

7. What would we find in your dream rider?

8. Which famous person, dead or alive, would you most like to have a coffee with?

9. Have you ever been starstruck?

Yes, I met Flea from the Red Hot Chilli Peppers in London once and rather than asking for a photo I proceeded to say “Flea, you’re a legend”. I then ran away like a little child. Gutted I didn’t get a photo!

10. What advice do you wish someone would have given you when you were just starting out in the music industry?

Believe in yourself. If you want it you can get it.

11. Where can people go to find out more about you?