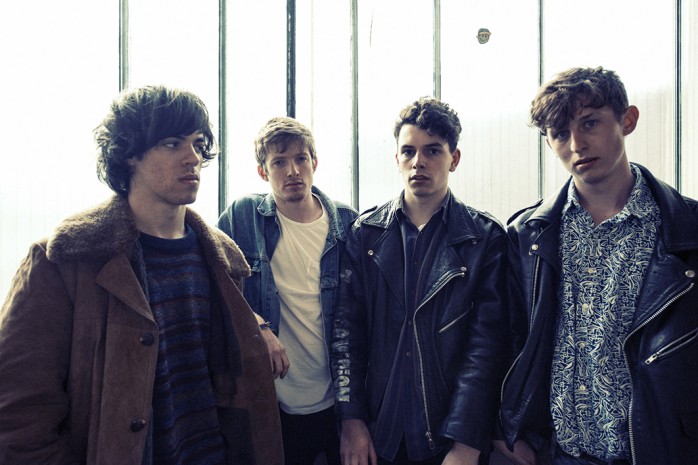 Another week, another gig in London Town. This time I was at the Old Blue Last in Shoreditch for my hotly-tipped-for-2014 band DUMB.
Opening the bill was Birmingham’s Curb who showed their stuff in their melodic grunge which got a fair sway going in the crowd. I often feel that OBL crowds are particularly stringent when it comes to any movement so this was fair play to Curb! ‘So High’, a favourite of mine, showed how the band really are great live as guitars and vocals were tight. This band has loads of support in their hometown of Birmingham so hopefully London will be the next city to crack the Curb love!

Now, if you listen to my radio show, you’ll know that I’ve been recommending Dumb gigs for a good few months and last week I finally got to see them! The band opened with ‘In Our Mind’ followed by previous single ‘Retina’, which was enough to elicit some sort of recognition in the crowd and encourage some movement. I was do pleased to see the OBL so packed for this band – their performance just showed a passion for what DUMB are and what they want to be and, frankly, I reckon they will 100% make it!
Tracks I’ve never heard before such as ‘Dollar Babes’ really got me excited as to what DUMB’s album will be like, alongside recent single ‘Supersonic Love Toy’ which was probably the track which was the most recognised. By this point I was completely past caring that I was in London and in the midst of a (very) boring crowd – who can resist busting some moves to some cracking tunes?
The final track ‘Two Bottles’ rounded the set off nicely and left me eager to see the band again to investigate how they progress and which new tracks they’ll whip out. Double A-side ‘Supersonic Love Toy’ and ‘Two Bottles’ is out now on iTunes. Catch DUMB in Manchester on April 11th, in Liverpool on April 12th or in London on April 18th.