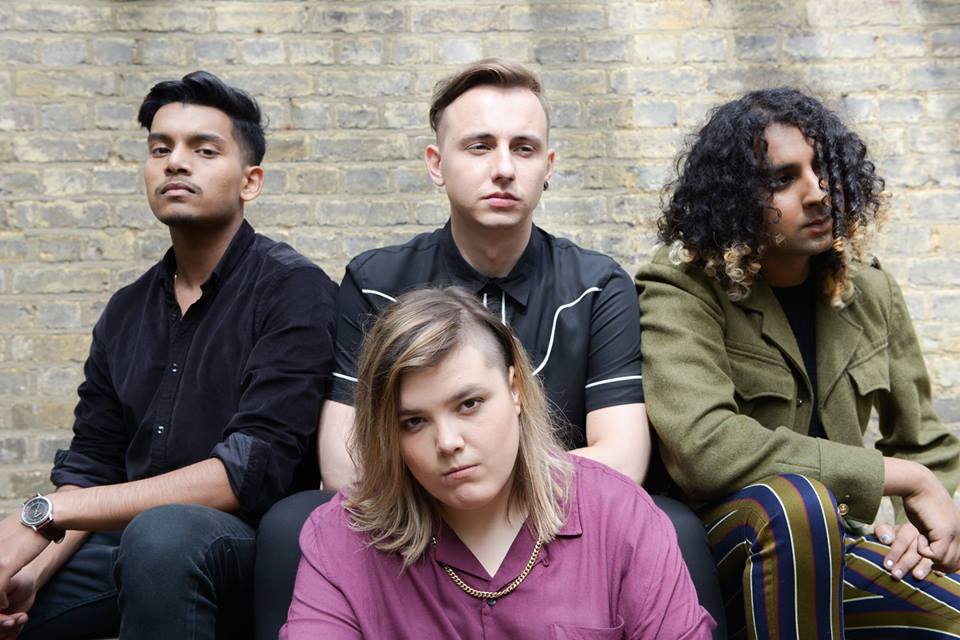 I first wrote about BLOXX way, way back in October 2017, when I caught them supporting INHEAVEN’s headline show at Scala, and in my write-up of the gig, I wrote the following: ‘there’s the age-old saying that you often find your new favourite band after seeing them support the band you originally booked to see, and it’s a saying that’s definitely true for me in the case of BLOXX. Every song in BLOXX’s set is a standout, and points to very, very bright things for the band’s future’ – and boy, how right I was.

Since then, the indie-rock four piece, originally from Uxbridge, have just been getting better and better, supporting Pale Waves and Our Girl earlier this year as part of DIY’s Class of 2018 tour, as well as The Wombats across the UK. So far this year, they’ve released four new singles that have cemented the band’s reputation as one of the best up-and-coming British indie bands currently out there, revitalising the genre and injecting some much-needed originality into it. This current tour is the first ever headline tour for BLOXX, so it’s been incredible to see that they’ve been selling venues out across the country – including last night’s show at the Borderline.

Due to South West Trains being, well, South West Trains, I missed the first of BLOXX’s support acts, the singer/songwriter Roman Lewis, but made it in time to catch Vistas, a lively indie band from Edinburgh that have been on my list to see for ages, so it was a nice coincidence that they were supporting BLOXX on this tour. Their set of upbeat, indie-rock that you could very much see yourself belting out the lyrics to in a festival field was well-received by the packed out crowd – but it was when headliners BLOXX took to the stage that the crowd really came alive.

Opening with ‘Curtains’, one of the tracks that first caught my attention, it was obvious that this was a band that was was genuinely having an incredible time playing to a crowd that was all there for them, and was giving it their all, moshing away to every song. BLOXX have consistently gotten better every time I’ve seen them live, and it’s testament to how far they’ve come that frontwoman Fee Booth didn’t even let a broken guitar string phase her, confidently continuing with the band’s phenomenal closing track – and one of their first releases -, the single ‘You’. Having only released their first single in late 2016 (‘Your Boyfriend’), BLOXX have already got an incredibly solid set of singles, which they played alongside a number of tracks that are as-of-yet unreleased, but will feature on their debut EP, coming out sometime in the new year – a release that personally, I can’t wait to hear. Frontwoman Fee Booth’s vocals are a refreshingly welcome change in a genre predominately overrun with all-male bands, and particularly stand out on tracks ‘Monday’, and ‘Lay Down’, the latter of which was a highlight of the set for me, starting off with its slightly softer and melodic opening, before the guitars come crashing in, in a perfect storm that showcases BLOXX’s unique sound, that they’ve truly honed and made their own. It’s honestly so exciting to see a band that have built their way up and gained such a strong fan base along the way – especially so early in their career – and I for one, am eagerly awaiting whatever they do next.