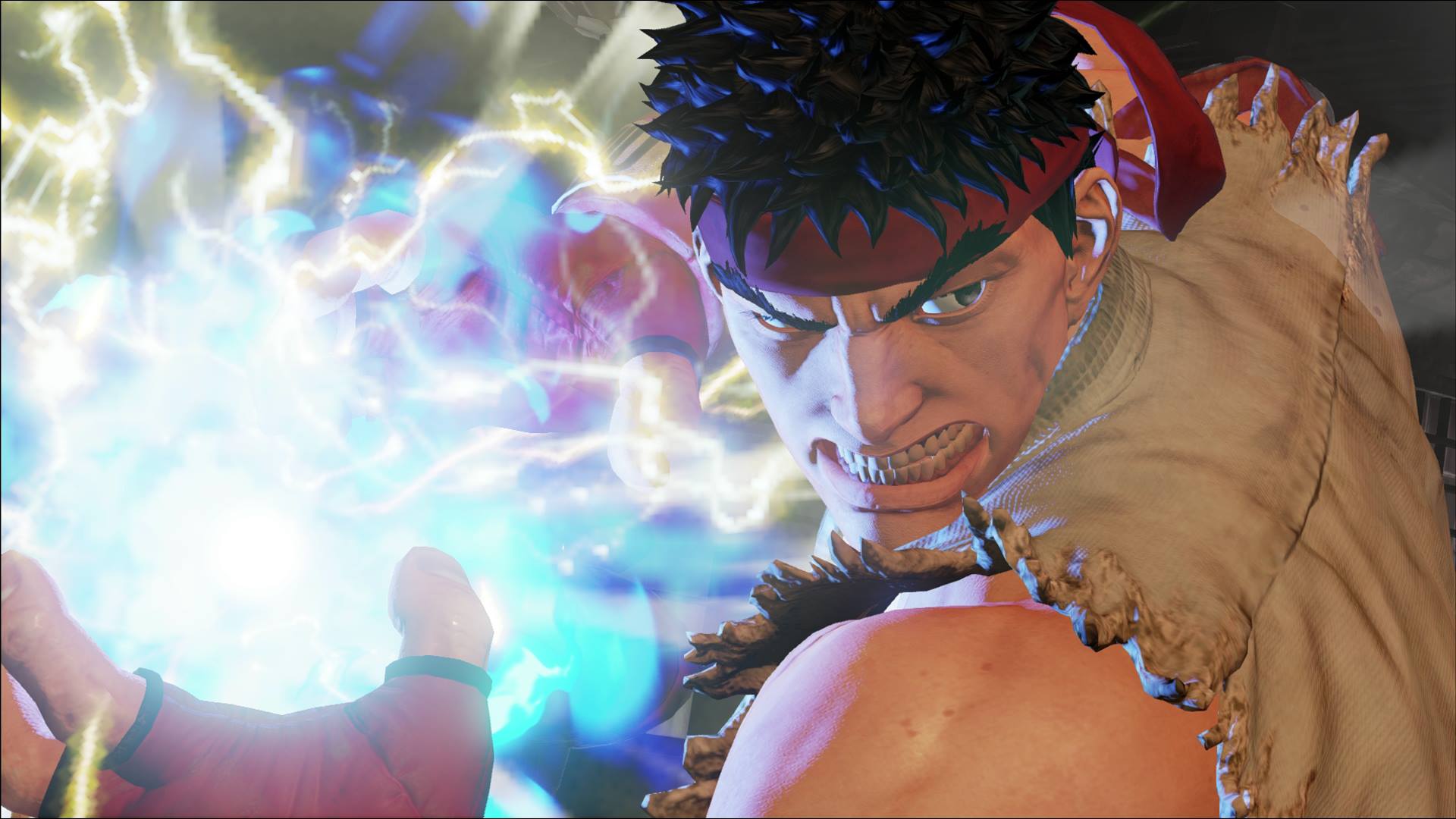 Street Fighter is considered by many to be one of the very first ‘proper’ fighting games, in terms of the fact that two people have the ability to fight each other for glory and being considered the best. It seems fitting that the theme of Street Fighter V is the idea of reset. Four of the sixteen characters are new characters (Rashid, Necalli Laura and F.A.N.G.), with another four being characters that have barely been used in the long and deep history of the franchise (R.Mika, Karin, Bridie and Nash). As such, despite being conflicted with the games launch options, I would suggest that if there was ever a time to enter into the Street Fighter franchise it is with Street Fighter V. However, since the game has been designed to be constantly updated and improved I will not give a score at this point in time and perhaps may give one a year later looking retrospectively.

With Street Fighter V, Capcom have decided to release a sort of overview of the characters stories as somewhat barebones and instead the grand story mode is be added at a later stage (around June). As such I am rather conflicted, as the game is impressive in terms of mechanics but the story is more a way of just showing off the new V Trigger or having the new characters introduced. This again goes well with the idea of being a reset and makes me ever hopeful for the grand story mode in June since Street Fighter, in my humble opinion, has perhaps the richest story modes to exist in fighting games. Considering the main premise of most fighting games is to have two characters beat each other up, Street Fighter does this in a way that adds layers of sub-plots. Since you could look at the Ken and Ryu rivalry and argue that is the main plot, or you could look into the Shadaloo who are the guys organising the fighting event or Zangief story line of inspiring the children of Mother Russia. Its the franchise’s ability to link seemingly random events and stories into one cohesive mesh that is one of Street Fighters strongest points. So when the game is being sold for full retail price, I am somewhat disappointed but optimistic that Capcom have promised that June will deliver an in-depth story mode (I say this despite having received a review copy of the game).

Street Fighter has, like many fighting games, always been one of learning the basics in order to master it. Street Fighter V is no different but what they have done is simplified the commands in way that allows new players and veterans of the franchise to understand the game. This is best shown with V Trigger, as this is new mechanic that, if played well, can flip the table on your opponent. For example, Zangief can harden his body to reduce the damage and stagger effect on enemies attacks, allowing you to get closer and use his grappling ability. This mechanic has been balanced with many characters as, although it reduces the damage, Zangief still takes damage and often at a higher rate due to his reduced ability to crawl.

This is the most notable change to Street Fighter format but the game polishes and perfects the other elements involved in the game. Charged or special attacks are done in way that feels fluid and free. The games training mode lets you test out different playstyles quickly and efficiently while the challenger’s mode requires you to use what you learn in training mode against a CPU with ever increasing odds. Capcom’s ability and the work of series veteran Yoshinori Onoto, who worked on Street Fighter Alpha 3 and Street Fight III 3rd Strike, allows for such refinement in the gameplay style of Street Fighter V, perhaps also explaining why some of the characters are drawn from the Alpha series and Street Fighter III.

Street Fighter V, is perhaps the best game in the franchise since Street Fighter 2 in being able to either remix or create new pieces of music that best represent each characters playstyle and personality. The strong, stoic, grappling Russian Zangief has a grand and orchestral theme; American Ken’s playful rock filled style fits with the guitar usage in his theme; and Middle Eastern Rashid’s love of technology and wind based attacks is best shown when the bass drops on his theme and you hear his name. The credit for this amazing job must be given to all the composers involved: Masahiro Aoki, Hideyuki Fukasawa, Keiki Kobayashi, Takatsugu Wakabayashi and Zac Zinger.

In the words of William Shakespeare ‘If music be the food of love, play on’ and with fighting games, perhaps more so that any other genre, every factor matters as often the rounds and matches in the game are done quickly and swiftly. This means that music becomes vital: if the music does not give you the feeling of going for broke or the ability to feel alive then the game would feel dull. It is because of the iconic music that games like this are remembered and Street Fighter V has succeeded in this.

This leads me to my conclusion, which leaves me conflicted as, although the story is missing the core of the Street Fighter franchise formula, the mechanics and sound design are there and do an amazing job. As such I will not give a score at this current moment in time since the game is ready to be scored yet and doing so would be an unfair judgment of the game. This project that Capcom is doing, as Killer Instinct has done, to keep updating, tweaking and improving could prove to be Street Fighter V’s strength. Furthermore, you can unlock new character costumes and potentiality new characters by simply playing the current arcade mode. This could be a better choice of getting new characters instead of the largely unliked methods in the past which was to release new version of the game within the same generation and, with some Capcom games, the same year. As such I look forward to the future of Street Fighter as some of the characters are fan favourites. However, if I had to give one recommendation is to buy the game sooner rather than later so as to unlock the characters at your own speed.