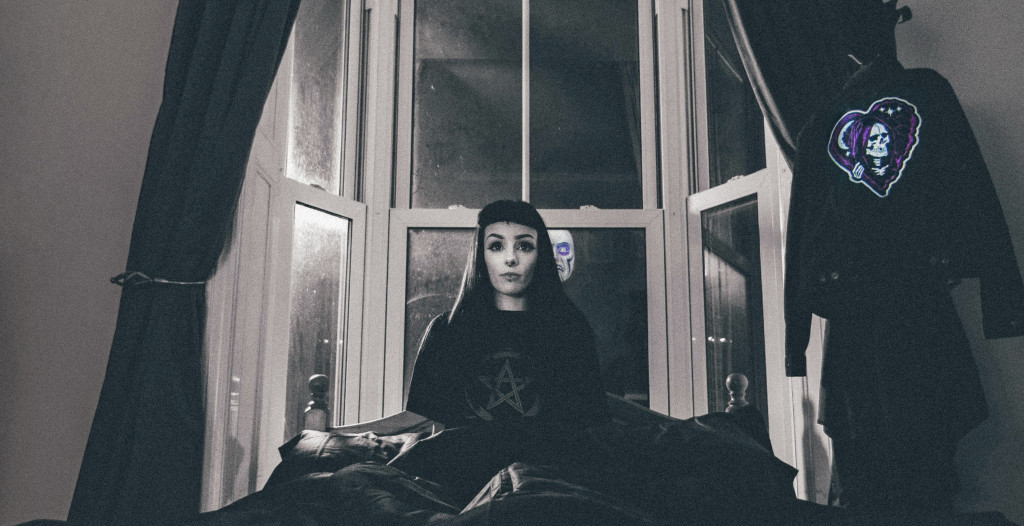 There are good bands, and then there are important bands. Those that play guitars, and those that inspire others to start playing guitars; those that make you want to jump up and down, and those that make you want to change the world. Creeper is a young UK sextet whose songs fuse the classic punk sensibilities of the Ramones, AFI’s relentless energy and the dark glamour that characterised My Chemical Romance without breaking a sweat. On the basis of their first two EPs, they are a good band. The Stranger is the brilliant, glaring evidence that they are an important one. First listen suggested it was something special; each successive run through its material multiplied that feeling to the point where it was glaringly obvious. This is a masterpiece.

Five tracks. 16 minutes. That’s all it takes for six young musicians to make their case as The Next Big Thing, and it’s all they need. From the moment the achingly solemn clean guitar that introduces “The Secret Society” abruptly shifts into thumping rock and big whoa-oh vocals, to the final haunting coda of “Astral Projection”, there’s not a second of wasted time, not a moment that doesn’t resonate with an indelible aura. More than a very good punk rock record, this is a masterclass of subverting subgenres, of perfectly balancing straight-ahead hooks with glam flamboyance, and of making rock music palatable for those uninitiated in the ways of the distorted guitar without losing the grit that far, far too many bands have abandoned in the pursuit of success.

Drawing on a well of inspiration that runs deeper than many artists tap into over the course of their careers, Creeper run riot with punk’s rulebook before sacrificing it at an altar to David Bowie, Freddie Mercury and every other star who’s dreamed of painting universes in song. The shifts in dynamics in “Valentine” and “Astral Projection” are startling but perfectly judged, and the latter in particular is engrossing in its dark majesty. “Black Mass” hurtles through clattertrap verses and an effortless hook before jumping into left field for a bridge better suited for a ballroom than a mosh pit. While that may be the best moment on The Stranger, its finest song is unquestionably “Misery”. Tapping into the bleak catharsis of Brand New at their best, it’s a piece of music so thickly drenched in the clear, naked emotion that’s gone into forming it that its triumphant final crescendo feels like a glorious inhale after being held under water for too long. It hurts, but it’s utterly glorious.

Good bands sound like they really want to make the music that they do, like they’re enjoying themselves. Important bands sound like they need to make the music that they do. Creeper cover a gamut of emotions broader than a million faux indie hipsters or Warped Tour metalcore clones will ever come near to, and they do so without ever appearing trite or disingenuous. The songs that make up The Stranger are anthemic, ambitious and immediately timeless. Before this point they showed promise, now that promise had been realised into an essential release for anybody vaguely interested in rock music. This is the sound of youthful energy stirring up immortal ideas into something elementally brilliant. This is the UK’s finest new band.