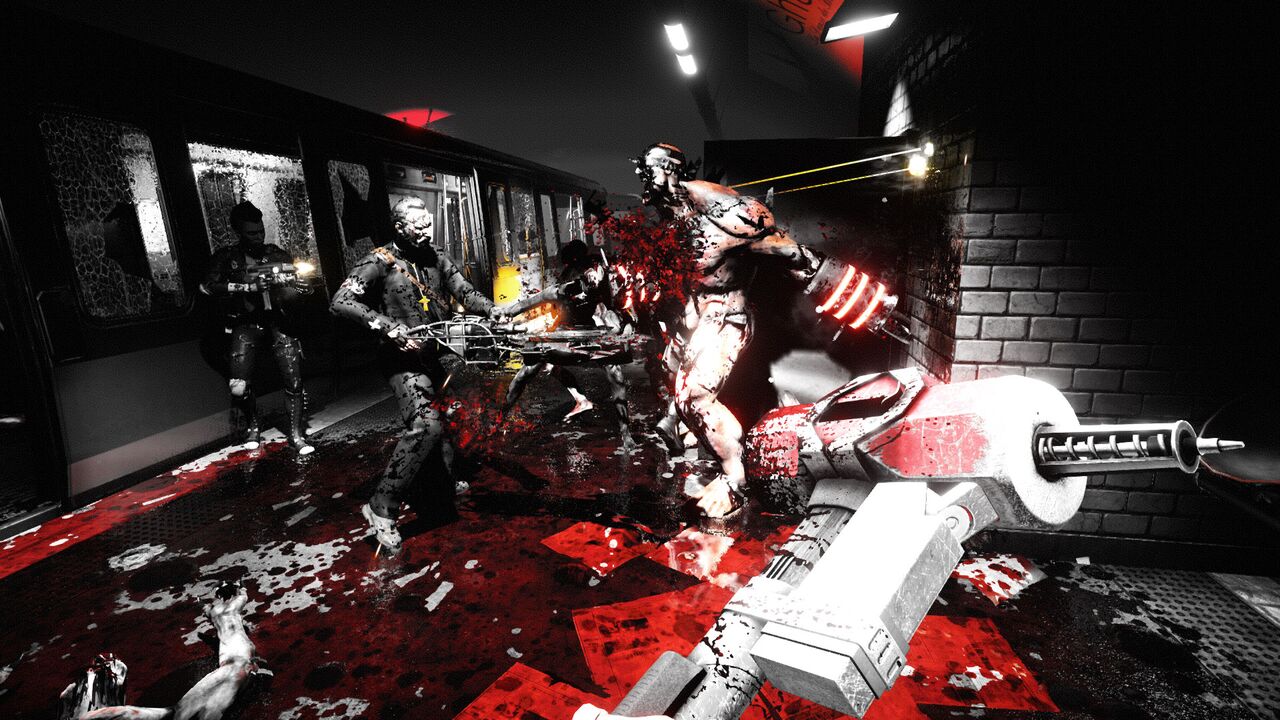 Killing Floor, when it was initially released back in its mod form in 2005, was a very simple game. You and a group of friends would shoot zombie-like creatures. Over time, it evolved and in some ways become the British answer to Left for Dead (Despite being initially released before Left For Dead) and this trend has continued with the newest entry being the craziest, most glorious entry so far for the franchise. With even more money jokes, more slow-mo moments and more silly British stereotypes than you can swing a cat at.

The basic premise of Killing Floor 2 is to kill/wipe out “not zombies”, which are cloned humans that formed from a clearly evil bio-tech company (since in horror games the bio-tech companies are always evil). As such, you spend much of the game killing zombies and kick ass in simply the most awesome of ways, either with conventional weapons or hacking and slashing your way through. This makes up for much of the story. Furthermore, some may argue that I am being somewhat more lenient than with say Infinite Warfare or Eternal crusade. This is largely due to the simple fact that this game is more fun than the other and its retail price is far lower. Despite this I will say that this game is based played with friend to gain the fullest enjoyment.

The mechanics of the game work like many wave survival games do, in that you kill monsters in order to gain money. This allows you buy new upgrades for the class you picked or even new guns to help fight of the horde. As such there is no major change in terms of mechanics for Killing Floor; instead the sequel focuses on taking what was learned from the original game and placing in new locations and improving upon what was there. This lead to the game to be even more fun than the previous version of the game.

The Sound Design for the guns and music in general is superb. The music has a more metal feel than DOOM at some points, which helps fill the scene with mayhem and glee when you find yourself filled with ammo and in a room full of clones. Furthermore, the guns feel powerful and impactful as each of their sounds feels fitting for the gun.

In conclusion, Killing Floor 2 is amazing to play and well worth the amount to pay for it. However, I would recommend this game to be played together with friends, or else your missing out on an amazing experience. As such I would give this game an 8 out 10, as it is competitively priced for an amazing game despite being multiplayer online.