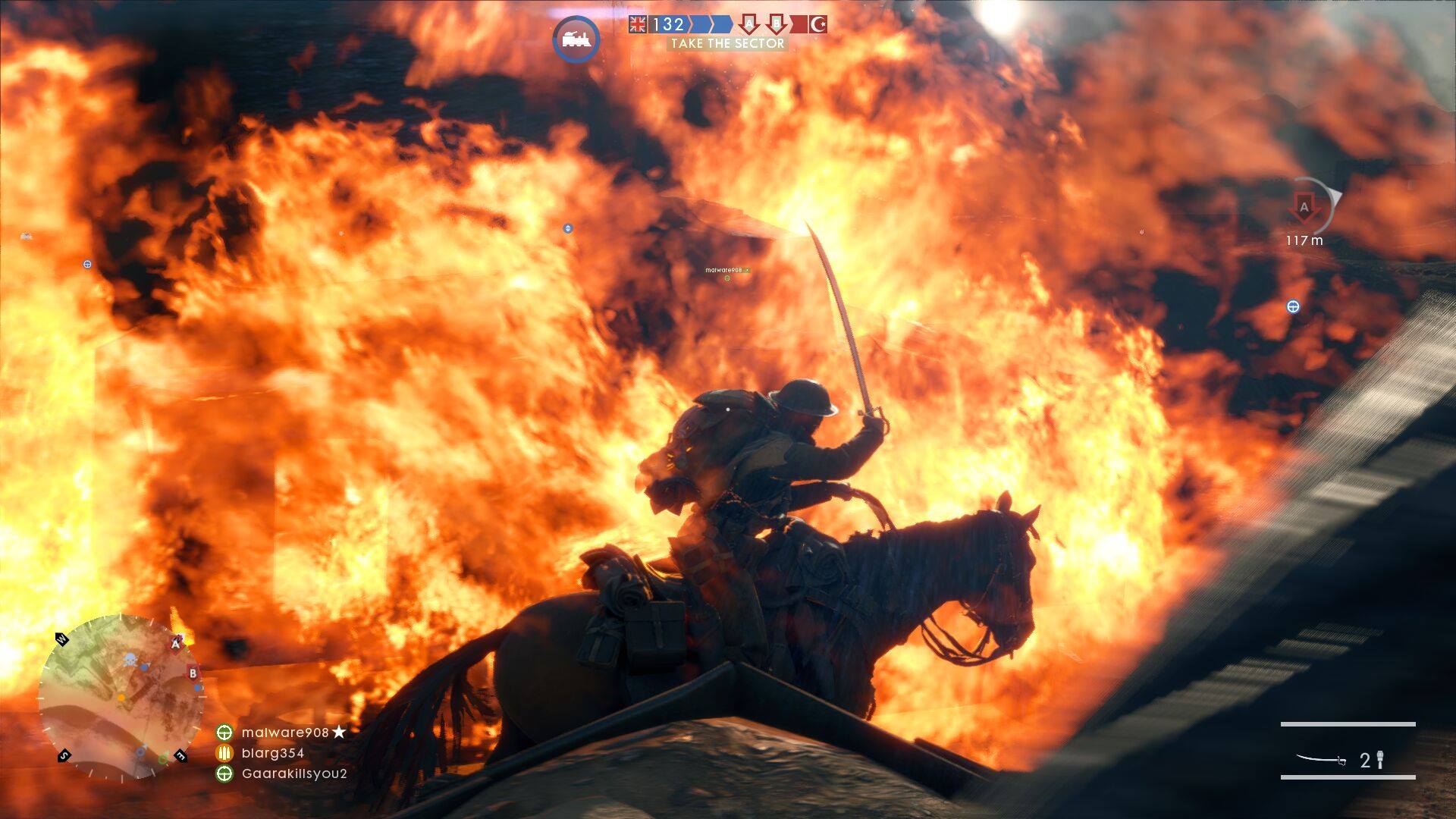 What Battlefield 1 succeeds at doing is something of a common thread among gaming in this current year. That is, to focus on a certain element that is core to the franchise and build the game around this idea. For Battlefield 1, this focusing on team based combat on a grand, almost soundbox style battle. Something that is iconic to the Battlefield franchise. As can be shown when Battlefield time after time get its right in the moment, such as when you have destroyed an enemy zeppelin; or leading a devastating bayonet charge against a group of well entrenched enemies. It’s these moments that Battlefield 1 has succeeding in doing better than any previous entry I would argue up to Battlefield Bad Company 2. This is only the cause due to the somewhat limited story mode or ‘War stories.’

The story mode or ‘war stories’ for Battlefield 1 are something of a mixed bag. As the very first one you play is arguably one of the greatest moment of gaming, not just for this year, but perhaps in gaming as a whole,aAs it does something that most video games just about fail to do (for some noble reason). It shows the horrid, brutal nature and in this case the vicious combat of World War 1, even going so far as to humane both sides of the war. However, this moment is somewhat lost as the game’s war stories are affectively prolonged tutorials teaching you the basics, but have a heavy focus on the Allies’ viewpoint in the war. In fact, the Ottomans in the Lawerence of Arabia storyline have a rather interesting female lead, but make the Ottomans to be almost cartoonishly evil, and this war story lasts for about two hours at best. Nevertheless, I can understand why this might have been a better option for DICE over doing a traditional campaign, as the last few campaigns for the pervious entires had been somewhat lacklustre. In so making, the story mode goes about teaching you mechanics of the game, such as how to drive a WW 1 truck or fly a plane. Sounds good on paper.

The mechanics of the game are somewhat the same for the last few Battlefield games, but they make some small but noticeable differences. The biggest of which is the removal of a large number of optical weapons; this make it a lot harder to sniper people across the map and so shifts focus to close quarter combat. As such, the importance of knowing your weapons most effective range is one of the many smaller features to Battlefield 1. However, the last part I should mention that is tied to mechanics is that of operations mode. Which is a love letter to conquest, rush, and fans looking for narrative and context. It provides a thrilling rush in your first mode and for me it is still as fun as when I first played.

The sound design is nothing short of amazing. As it truly provides that lethal early modern industry feel. Whether it be from the fire of a machine pistol, or the manual loading of a rifle, or the pump action of a shotgun after blustering your way through bunkers. It feels amazing, meaty, and powerful. The music helps keep you pumped, moving, and motivated. All of which is vital for Battlefield 1 and help keep the game’s longevity.

In conclusion, Battlefield 1 is an amazing game. However, due to the fact the story mode is somewhat barebones I cannot with good faith give it the ten out of ten it deserves but instead the nine out of ten, as everything else in Battlefield 1 is refined and perfected to a tee. I look forward to future Battlefield entries if the same amount of polish and perfection (but a bit of Bad Company story would be perfect).