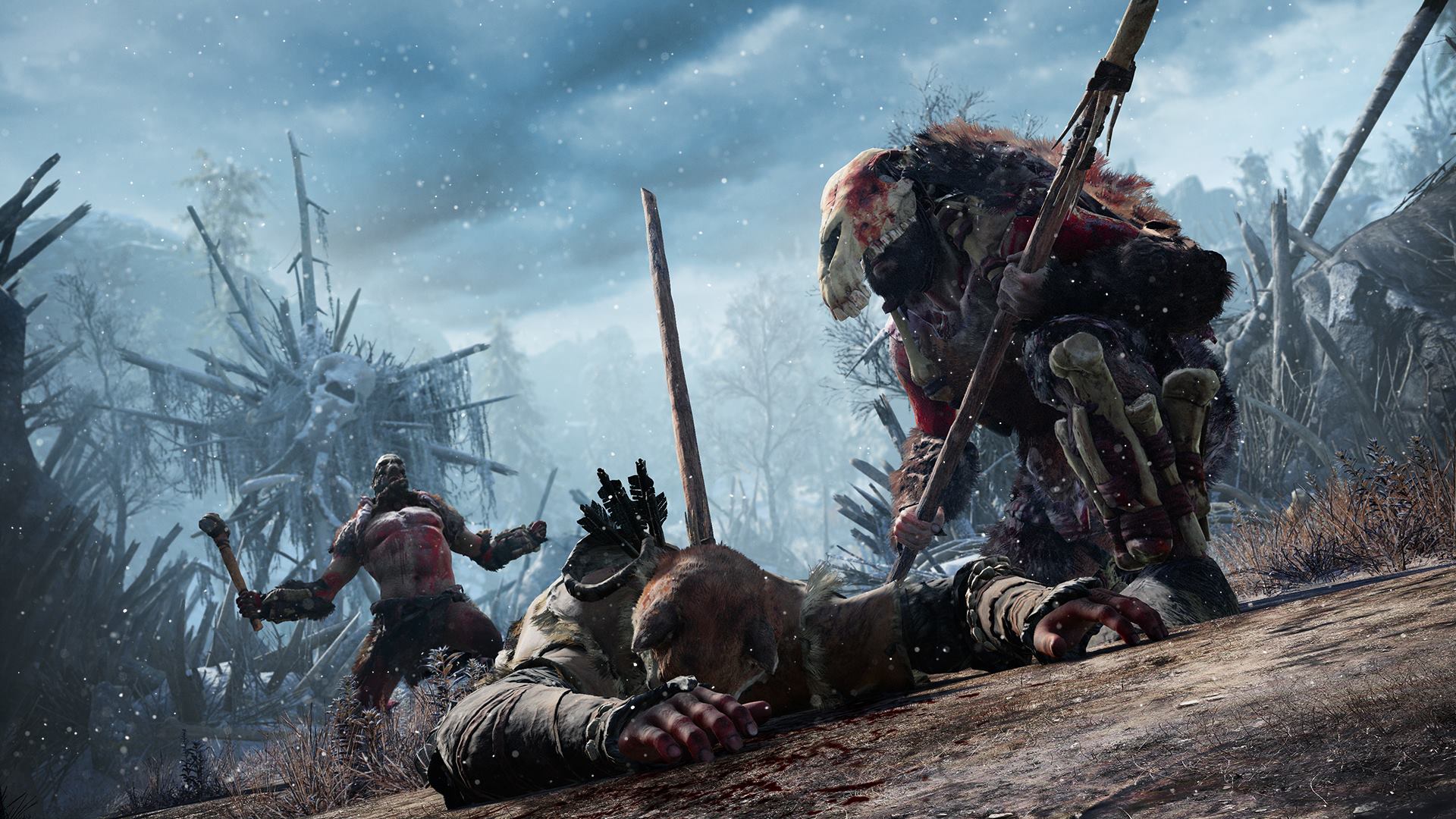 Far Cry Primal has an interesting concept, aiming to make you feel like a primitive homosapien in the era after the Ice Age and the creation of the first civilisations such as the Indus Valley. Gone are the guns, cars and most explosions and instead you are given clubs, bows, spears and various animal buddies. To some extent the game succeeds in creating a Far Cry experience without the key weapons and tools in the series, however, the game becomes rather boring and repetitive despite the different backdrop.

The story of Far Cry Primal is rather simple: you play as Takkar who is looking to rebuild his tribe after an attack from a sabretooth cat which led him to lose contact with them. Following this he begins the process of rebuilding his tribe and learning new ways to control animals and powers . The plot itself is rather simplistic but allows you to fully immerse yourself in an era in history that’s not really done in modern games. For example it’s rather fun when you use your animal powers to replace your need for going in on an elephant like in Far Cry 4 but instead become a mammoth and wreck everything.

There are a few elements worth mentioning, with the most obvious one being the ability to tame and control animals, adding a new layer to Far Cry Primal as it allows you to think differently and adapt tactics and ideas – for example you may scout with a bird up high which then allows you to summon sabretooth cats to help maul your enemies as you go about sneaking in and taking out the majority of the enemies one by one. Furthermore, the game’s focus on melee weapons means that crafting new weapons become even more important than in previous games. Developing fire based weapons or strong spears and clubs would give you an advantage so gathering materials becomes far more important than in other Far Cry Games. The developers also created a language for each of the tribes, made as real as possible by working with linguistic specialist. It is amazing to hear almost the foundation for certain languages as best as can be shown with modern technology and it is far more interesting than having people just speak English or even different modern languages and add subtitles. Subtitles are added but this still somewhat feels like a plausible idea of what languages in this part of human history sounded like.

In conclusion, the ideas and themes that Far Cry Primal brings to the table allows it to be an amazing game as a concept. However, the game at times feels like it owes too much to the Far Cry formal and that lets it down despite being an totality different backdrop. As such I feel that this a interesting idea that should be given the love and attention it deserves to try become the game it could be.