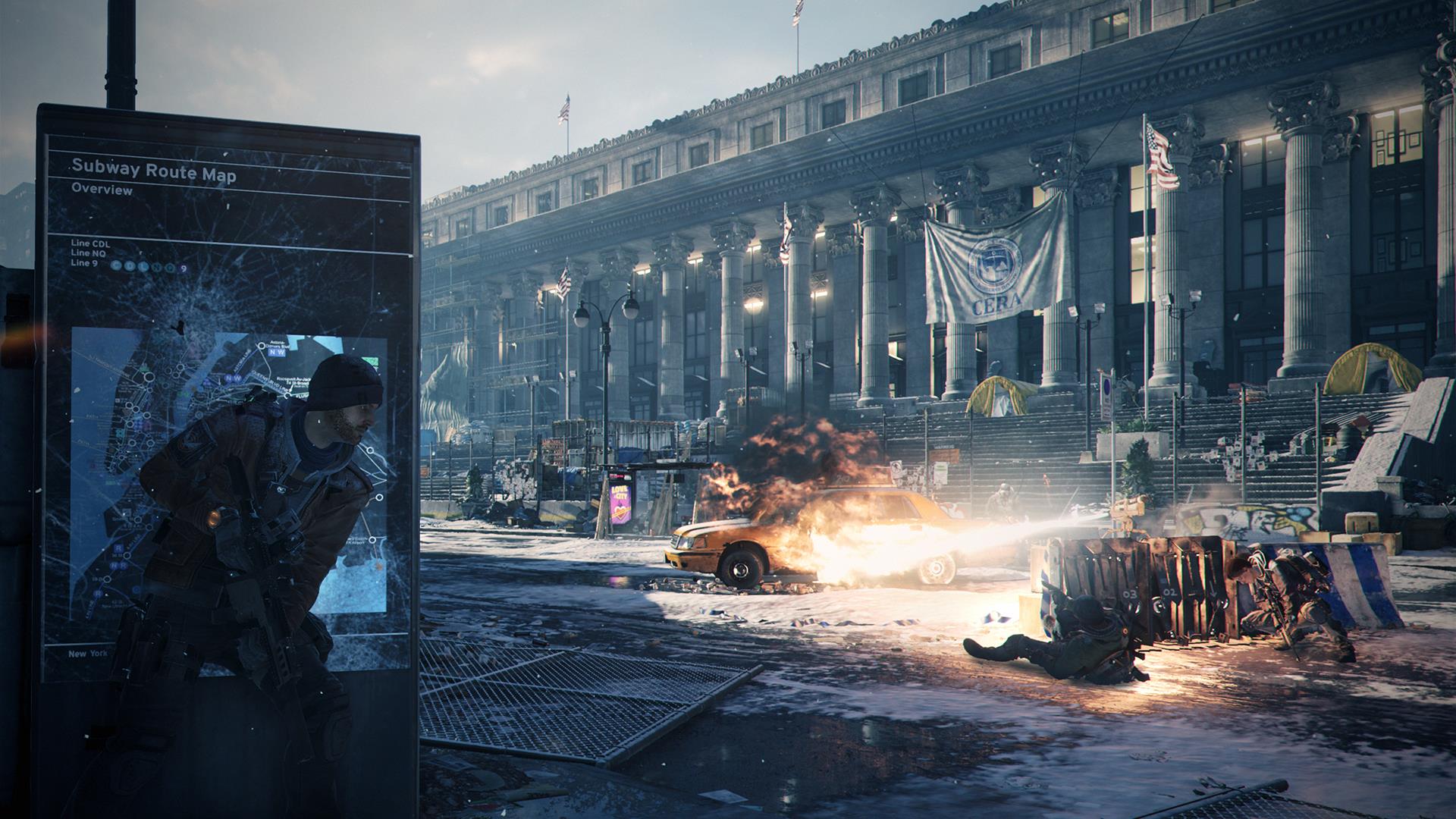 The Division is Ubisoft’s most recent new IP and attempts to be a realistic and serious game about a group of secret agents who are only answerable to the President of the United States of America. Called ‘the division’, they must restore order to the failed city of New York after a virus outbreak. Unfortunately this game has a lot of shortcomings, including a constant disregard for the mob of NPCs you fight and a requirement to grind through side missions to gain a somewhat worthless currency by the middle of the game. There is also the inconvenient requirement to have an Internet connection, even just to simply play the game on your own.

There is a tiny amount of story in The Division, as it attempts to make you relate and somewhat feel sympathetic to the enemies you fight, done through various audio logs you find in game (recordings or hearing enemies talk outside of combat). However, the enemies are generic enough: after more than thirty hours of gameplay you no longer care about their backstories. Some aspects of the story give the impression that the game makes you question right and wrong but the absence of certain features makes it unlikely that this is the case – you can’t kill civilians, there are no penalties for failing to save people and no repercussions for killing friendly agents outside the dark zone (the player v player area). The game tries to build the idea that you are the moral good guy and is an aspect that made me bored whilst playing after killing the same enemy after a while, leading me to create my own story for my character.

This game doesn’t bring new mechanics to the industry but one thing that is praise worthy is how the game has an augmented design to it that makes it feel semi-realistic. You can only access this while stationary and this feature contrasts with issues such as not seeing players in the free roam area and not being able to shoot civilians. The issues diminish most of the good found in the game’s design.

This game fails on the most fundamental level despite the interesting and well done basic gameplay of cover shooting, gun customisation and special gadgets. The game on the whole bored me and is only fun to mess about with, particularly through robbing other players for fun in the dark zone. It is not the first game I would recommend but it is redeemed slightly by the solid foundational features in the game, giving it a respectable score.