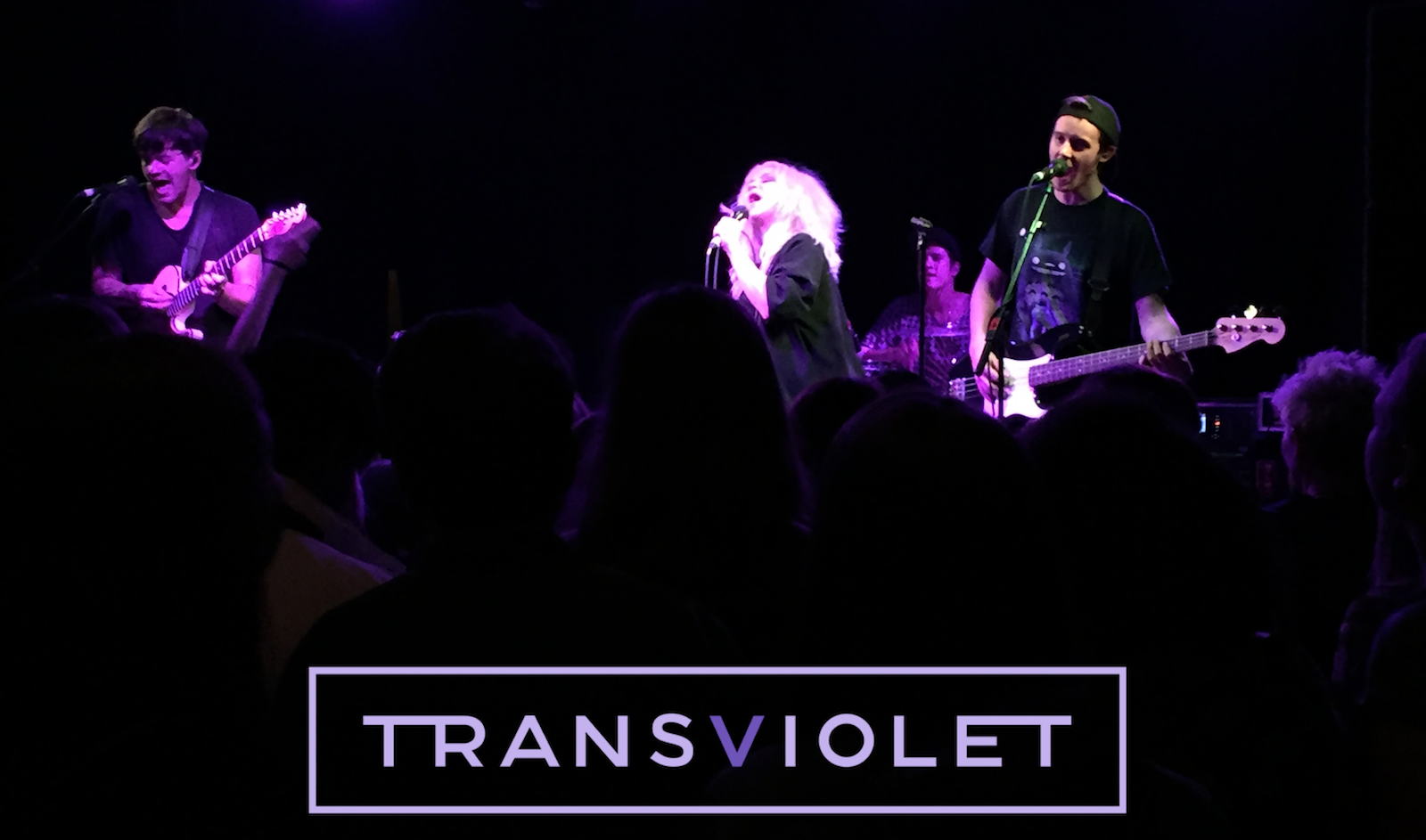 2016 has been a ludicrously exciting year for new music, and one of the bands at the very forefront of that are Transviolet. Having only released four songs to the world so far, they’ve already attracted an ever-expanding hardcore fanbase, many of whom were won over on their recent tour with Twenty One Pilots. As brilliant as their debut self-titled EP was, there’s no acid test quite like your first UK headline tour. Insanity caught Transviolet at a sold out show at London’s Boston Music Rooms, and they certainly did not disappoint.

Before that, though, the capacity crowd got a more than welcome taster of the talents of London’s own Miamigo. Drawing elements from The 1975 and The Killers and throwing them into a blender with 80s new wave textures and an intangible additional spice, the four-piece were consistently impressive over the course of their 30 minutes on stage. If anything, the set got better as it went on, building from fun electro-indie that entertained, but rarely excited, into more unusual sounds. The bluesy strut of “Forever” was particularly striking, with a chorus that shifted time signature so effortlessly it was barely noticeable. Ending their set with the intriguingly left-field minimalism of “Hard to Love”, Miamigo made more than a few friends among Transviolet’s fans.

If the ecstasy among many of those fans when the headliners took the stage is anything to go by, then they won’t be in venues as intimate as the Boston Music Rooms for long. “Bloodstream” is a genius choice of opener; the dark, pulsating synths of its recorded version bolstered live by heavier guitars and bass. Transviolet’s music as a whole is meatier and more “rock” in a live environment, and all four of the band members throw themselves into every crescendo without slipping out of the tight structure of the songs. Many good bands are full of energy, but great ones are made up of characters. Vocalist Sarah McTaggart is a captivating presence, assuming the role of mesmeric rock star but ensuring the focus is always on her chameleonic, stunning voice.

What’s also very reassuring about the band’s live performance is that they are very much a band, rather than a vehicle for their singer, and each musician plays an integral role in how the songs are recreated live, whether it’s Judah McCarthy’s varied guitar lines, the pumping bass undercurrent from Mike Panek or the great balance between sampled and full-on rock drums provided by Jon Garcia. Those songs are, without fail, excellent. Inevitably it’s the already released tracks that get the biggest reactions, but unreleased gems like the dreamy “Astronaut” make the imminent prospect of a full-length Transviolet album tantalising. “New Bohemia” is predictably rousing, while it’s obvious why “Night Vision” is almost unanimously designated the band’s favourite song to perform live, as its chorus hits harder and soars higher each time it bursts out of the speakers. The best is left until last, an encore performance of “Girls Your Age” that perfectly captures the dark electronic magic of its recorded version and sends the crowd home very happy indeed.

Transviolet’s show proves not only that they can recreate their songs in a live environment to a standard that equals, and at times even betters, the EP performances, but also that they have a catalogue of material at least as good that’s ready to be unleashed on the world. The band return to the UK this summer for the Reading & Leeds festivals, and if you happen to be going then they’re a part of the lineup you do not want to miss.

Check out our interview of Transviolet here. The band’s self-titled EP is out now.