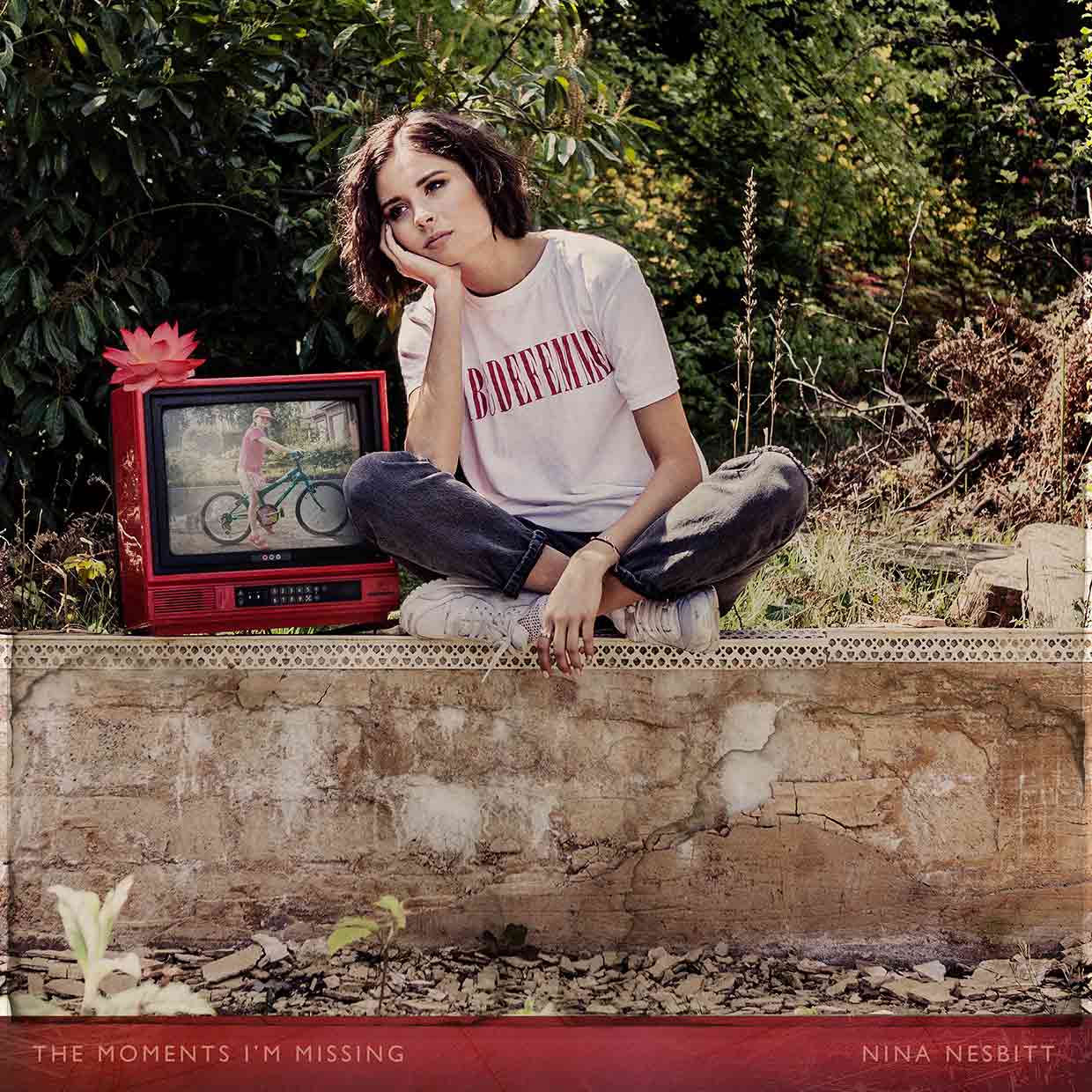 The Garage venue in London was full of Nina Nesbitt’s fans on the 20th November. I found a place to stand among the crowd and managed to catch the last couple of songs from support act Goody Grace. His song ‘Pretend’ began with acoustic guitar finger picking and the opening lyrics ‘f*** you’ which juxtaposed the delightful intro. The song’s lyrics were clever and insightful, accompanied by the acoustic guitar; it was a very good first impression of Goody. For the final song of his set he played ‘Two Shots’ which had a completely different vibe to ‘Pretend’; evident of Goody’s diversity. To the steady beat he had the crowd swaying with two fingers in the air as he sung the lyrics ‘I just took two shots’ hyping up the audience for Nina’s set.

A stage adorned with lotus flowers, the fans and hipsters out in their masses, The Garage was ready for Nina Nesbitt. She started with one of her recent releases ‘The Moments I’m Missing’ before saying she was going to throw it back to 2012. All the fans knew what was coming, if the room wasn’t already exciting, the tension just built. We weren’t disappointed. Picking up her guitar she strummed the riffs of her first release, beloved by her fans ‘Apple Tree.’ I first heard this song when it was released, and I was 14, 5 years on I was singing the lyrics and dancing along with the rest of the audience, loving it. She then cleverly transitioned ‘Apple Tree’ into ‘Stay Out’ which calls out people on a night out ‘stay out and see through my eyes’ her clever lyrics exposing fake people ‘they think they’re from the sixties, but they were born in 1991’.

I always appreciate a bit of chat and banter from the performer, Nina got the audience to sing along (although I’m quite sure they would have without invitation), and admitted her new album, which is out early next year, is yet unnamed and has the working title NN2. By the end of the night fans were cheering ‘NN2!’, perhaps the name will stick? She played a few new songs from the album too, my favourite of which was ‘Colder.’ This song captivated the audience. Where we had been swaying and singing along Nina now held the audience on her every word with the beautiful melody and lyrics of her new song.

Her gig was diverse. She moved from old songs to recent releases and even to new songs. Many of her lyrics are, and she admitted it, about relationships, many about heartbreak or moving on. This had the potential to bring down the mood but each of her songs take a different view point and this diversity kept it upbeat. About one of her more upbeat songs ‘Chewing Gum’, she said she wrote it when she was single ‘which was fun.’ To contrast she played ‘Ontario’, written from inspiration from a letter she received from a fan and instantly wrote the song. It’s about when you start liking someone and then find out they already have someone she explained.

She was so involved in creating the music on stage, swapping instruments each song, even mid-way through jumping from a drum pad to piano. It seemed like she really enjoyed herself on stage and the audience loved it.