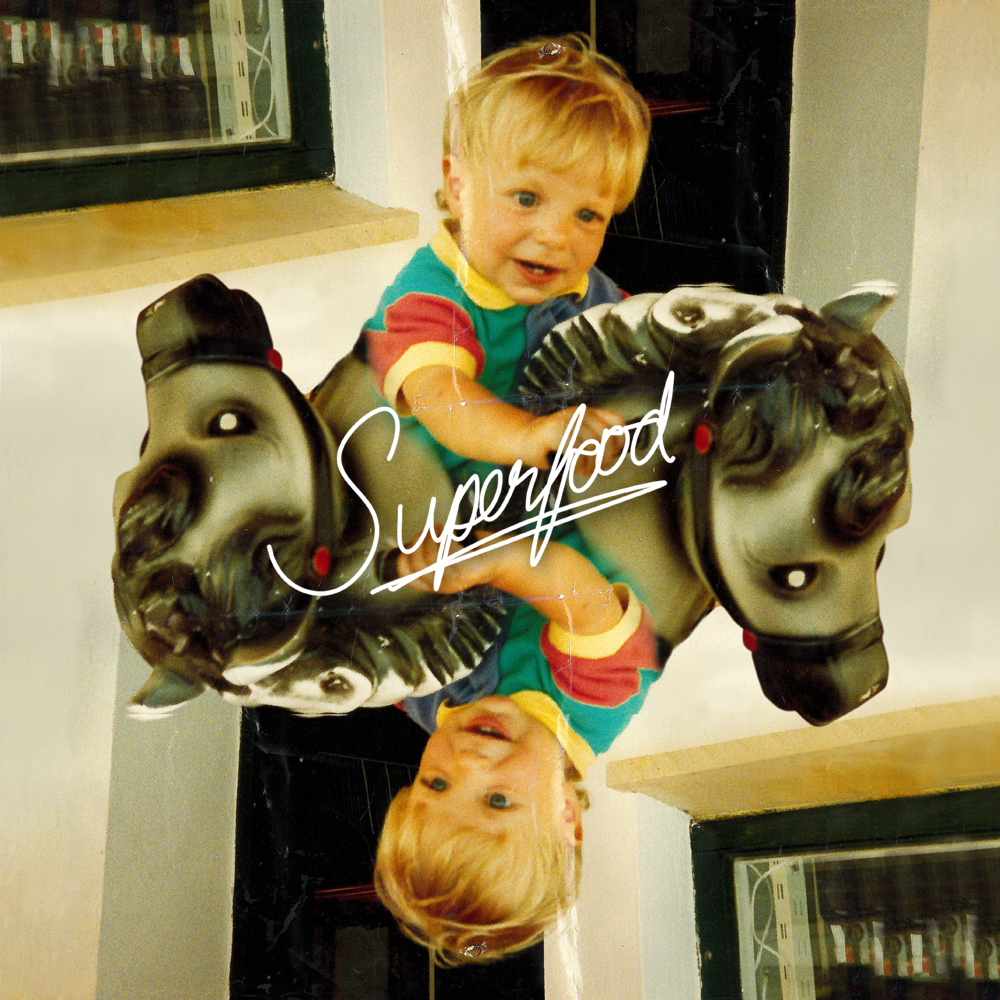 It’s very rare that you find a band which entices you so much that you want to see them again and again. There’s just something about Superfood’s nonsensical and seemingly odd lyrics about TVs and bubbles which makes me want to practically live at one of their gigs, especially when the crowd is willing to let go and go a bit crazy.

To start at the beginning, the show was opened by a band called Wild Smiles who were able to get some of the gathering crowd doing a mild sway. I did, however, find their music a little unpleasantly odd at times. My brain just couldn’t understand why the lead singer was making cat and dog noises during the last song, though I must say that the drums in this band stole the show. I’d say that Wild Smiles are a band I’d see again – if not only to investigate whether they were as weird as I perceived them or whether my judgement had been skewed by my excitement for Superfood.

The main thing I love about Superfood is how they don’t care for absolute perfection and so they’re happy to grunge down on stage and just have fun. That’s, after all, what it’s all about. The London crowd were as tame as ever for the first few songs at least and so it really gave me the chance to actually hear and see the band – something I hadn’t experienced in previous Superfood gigs! New single ‘TV’ filled the room with a bold confidence which just makes you just sing (shout) along with the band. Despite the crowd’s unwillingness to get involved, ‘Bubbles’ was able to gain a recognition which sparked the formation of some kind of ‘mosh pit’, whilst chants of lyrics could be heard which made me so happy as it wasn’t just me singing along!

New Superfood tracks sounded brilliant as the band used the gig-goers as guinea pigs for their new album – for which I personally cannot wait. You couldn’t deny, however, after being to this gig, that ‘Superfood’ (the track) stole the show. Who knew a song about raisins and being hungry could make a crowd so brilliantly rowdy? This is what a Superfood gig is all about – leaving the venue looking absolutely hot, bothered, and looking like you’ve been dragged through a hedge backwards (bruises are also inevitable). If I were you I’d scoot along to a Superfood gig ASAP – after the release of their album I’d predict that things for this band are seriously going to kick off and small venues such as the Oslo would be a distant memory! Superfood’s ‘Mam’ EP is released on 3rd March – get involved!