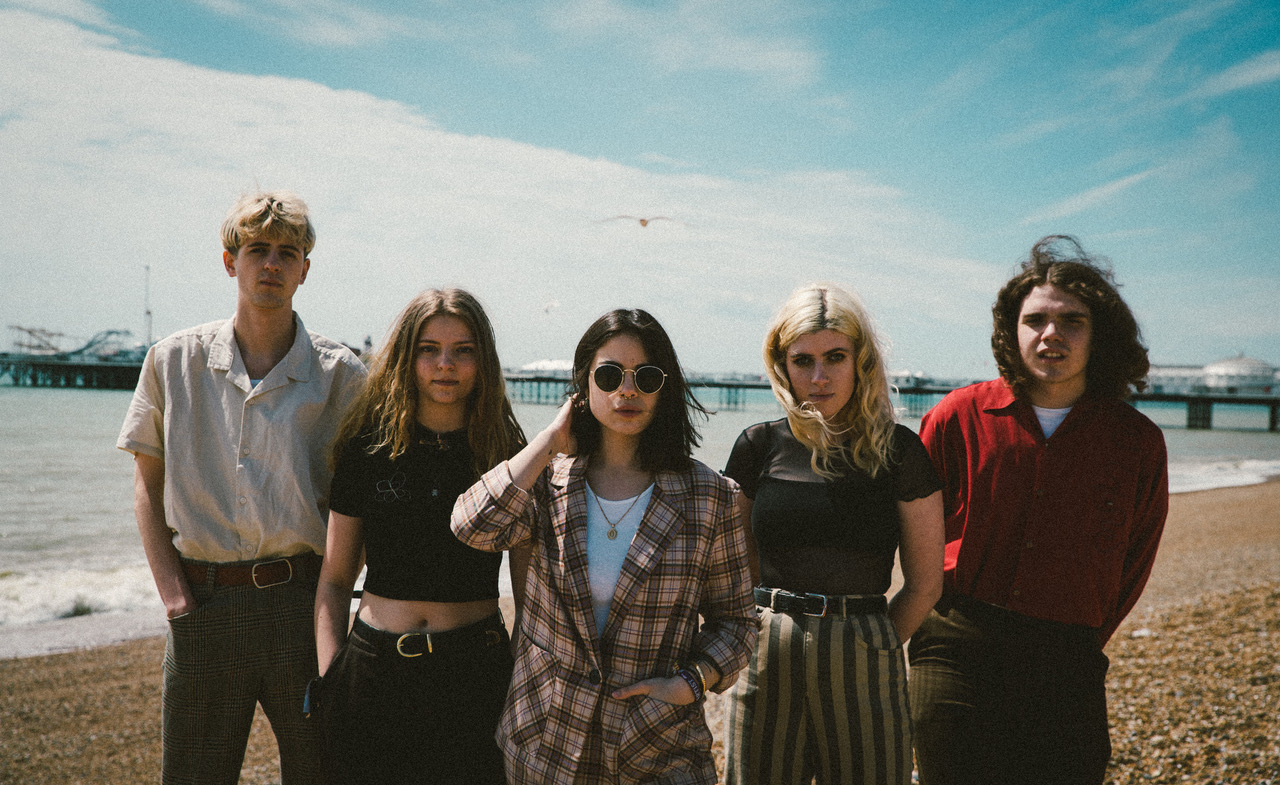 As the rain lashed down on a very unpredictable Friday evening, I began to make my way up to London for the first of a series of gigs in the coming months – Valeras this night, Guru the Friday after, and a number of shows up to December. I had seen Valeras start their first headline tour in Brighton earlier this year – and so I was intrigued to see how the Reading indie outfit had improved 8 months on, this time a little bit closer to home.

I had started listening to them in late 2018, having been recommended to me by a friend of the band, and it appeared that I had timed it perfectly – two impressive singles being released either side of the new year (‘Intentions’, ‘Ricochet’) featuring big riffs, sharp lyrics and an intensity that permeated through all aspects of their music with brief respite. Their energy was transferred effortlessly to the crowd in that first headline show in February, but there was none of the usually accompanying immaturity and recklessness that a new indie band can so easily carry this early on in their careers. Valeras let everyone know that their name belonged at the top of the poster, fully in control and displaying a maturity that belied their age.

Since then, there have been changes that are perhaps only apparent to a few. Their two singles have replaced intensity for introspection, and although that energy has been sacrificed for more melodic complexity and depth in sound, they still manage a big chorus. ‘Your Honey’ and ‘Playing With a Gun’ are by no means lacking, with ‘Your Honey’ sounding like an inch-perfect Yeah Yeah Yeah’s record. Perhaps the biggest change was the moving from a 5-piece to a 4, with guitarist Cat sadly leaving. This next headline tour then, would be a different beast. Going into it with a different mood following the singles and a different line-up, I was perhaps naïve to expect a repeat of that great night in Brighton.

I managed to avoid the downpour for a bit longer as I got on to the Jubilee line at Waterloo. But unlike what appeared to be half of London, I was not going toward the O2 to see Two Door Cinema Club and Sports Team. I exited a few stops earlier, at Canada Water, and headed up to Shoreditch. I started to wonder if perhaps I should have tried again another day, in a different venue (perhaps the Facebar in Reading?). Not that I didn’t want to see Valeras that day, of course. But the heavens had opened. And The Old Blue Last isn’t a good venue.

If you’ve gasped, then I welcome you to join me one night at the Old Blue. The downstairs is always packed, beers cost £6 (!) and upstairs, where the venue actually is, the stage is only visible to half of the room. Fine, if you stand in the right place, there isn’t a problem. But for bands that have a sizeable following, it makes it very difficult to get a spot where you can actually see. Trying to get a good spot when JOHN were playing a while back was impossible, and I resigned myself to the bar.

Nonetheless, I had made it, into the venue, dry (thank goodness) and early. I grabbed the pricey drink and on came the first support act, Glossii. I’ll be honest, I had only heard about this rock group a few days before, and had failed to acquaint myself with any of their tunes. Perhaps I should have, though, as their self-described ‘tudor rock’ (don’t ask me what that means) made a massive impact live. Complexity would have hurt this performance. The vocalist, Sofia, does have a fantastic voice, but she is at her best when she exudes pure energy, taking a cue from the rawness of her backup. She owned the stage, threatening to kill anything and anyone that entered her territory (and in fact, she did almost kill her own bass player, Charlie, by knocking them onto the stage floor). Glossii know how to get people to move.

It was always going to be a hard act to follow, but Vinyl Staircase tried their best. I did like them – and they were impressive in their command of their sound. Their new(ish) single ‘Sidewalk!’ perhaps
failed to show them off, but ‘Cherry’ went down well and it is clear that they are more than capable of holding their own. It is a shame that they had to follow such a high-octane performance.

What to say about the headline act, then? Rose, the lead vocalist and bassist, is mesmerising at times, and, live, the more intricate tunes can send you into a trance. Their latest single, ‘Playing With A Gun’, landed early in the set, and Rose again was on form, dark and brooding but with an inimitable swagger. Unfortunately, it is easy for a crowd to lose focus, and the band’s insistence on playing previously unheard material loosened Rose’s grip. Around half of the show was new or unreleased; perhaps die-hard fans may recognise one or two of those tunes but for the Valeras virgins, it may have been disappointing to hear only two recognisable songs in the first 25 minutes. That isn’t to say they weren’t great and I’m sure I’ll be excited when they make it online.

Around the half way point, it was clear that this was different to the band I saw in February. But this was a result not of their shortcomings, but of factors conspiring against them. One member down, and a more experimental show that threatened to be upstaged by the Glossii upstarts. It was as if they were being challenged on their own turf – and it was a battle that, in my mind, they were losing. Slower, more thoughtful material is fine, but in a small venue such as The Old Blue, it just does not stack up to loud, powerful, high tempo rock.

But they still had aces up their sleeve, going into the home straight – ‘Intentions’, ‘Your Honey’, and ‘Louder’, which allowed Rose to regain control over The Old Blue Last. ‘Intentions’ was a jolt of electricity, a shock to our ears reminding us all who’s really in charge. And with ‘Your Honey’, we were back in a trance, expertly controlled by the atmospheric sounds of Valeras. They ended like they did in Brighton, with ‘Louder’, an early single, driven by a sharp bassline and a hypnotic vocal melody.

While a gig that is slightly more experimental can often backfire, I was glad to leave The Old Blue feeling generally positive. It was a markedly different experience, but perhaps that wasn’t such a bad thing. In fact, it could only be the confidence of Valeras that allowed them to play a show like this. They weren’t worried by being overshadowed by a support act, they did not worry about playing fan favourites, and they certainly didn’t worry about a changed line-up. The truth is, whilst I began to question what was happening on stage, they had faith in their material, and they had faith in their ability to make it work, whatever the circumstances. In that, they showed their maturity. And I, perhaps my immaturity, and lack of perspective. This thought stayed with me as far as Shadwell. For that was when I realised I had spent £18 on just three beers.