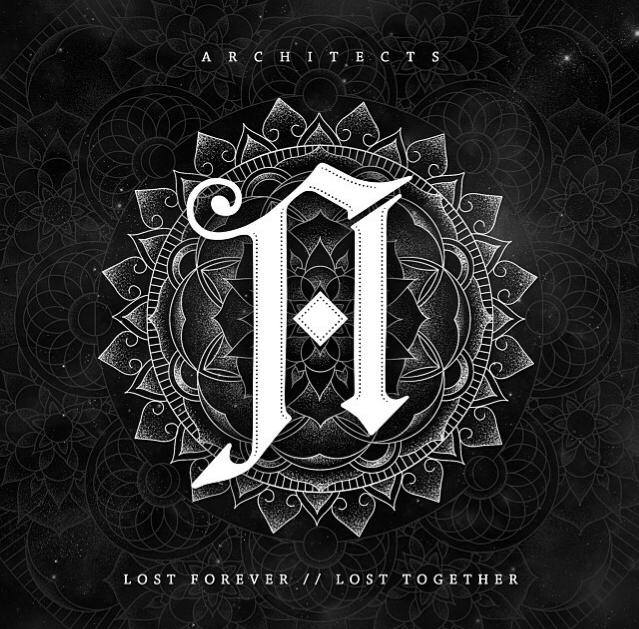 For the last few years the UK has been a hotbed for heavy music, with numerous bands like Bring Me the Horizon, Asking Alexandria and Enter Shikari flying the flag on an international scale for a prosperous homegrown scene. Deserving to be mentioned in the same breath as those hugely successful acts, Architects have never achieved the commercial acclaim that they’ve deserved, despite exploring various different approaches to the highly technical metalcore that is their stock in trade. While some of these experiments have been less successful than others – 2011’s The Here and Now was a fully-fledged bid for mainstream radio that sounded completely unnatural for the band – it’s clear that Architects have learned important lessons from such genre-hopping and are ready to make a bid for the top with Lost Forever // Lost Together.

As an entry point into modern metalcore for a complete novice, this is not the best place to start, namely because the album is relentlessly heavy and at times startlingly unconventional. Those with a taste for big riffs, breakdowns and screamed vocals, though, will find much to enjoy on Lost Forever…, an album packed with massive songs, each one assaulting the senses and making it clear that Architects mean business. From breakneck opener “Gravedigger” to epic, expansive final song “The Distant Blue”, the album refuses to let up for an instant, aside from perhaps the beautiful instrumental interlude “Red Hypergiant”. Not a single ounce of filler is here to be seen, only the best in modern British heavy music. Uncompromisingly heavy though this record is, there is room for melody and unsettling ambiance as well, ‘Colony Collapse’ showing that Architects understand dynamics and can use them to craft masterful tunes.

The musical performances on Lost Forever // Lost Together are second to none, the mostly screamed vocals perfect for the material. Lyrically, the songs explore unusual, grandiose topics including whale hunting and religious fundamentalism, but do so in a tactful manner. Architects have worked long and hard to get to the position they’re in as one of the British heavy rock’s leading lights, and Lost Forever // Lost Together is their best album to date. They deserve every success that this remarkable collection of songs will surely bring them.