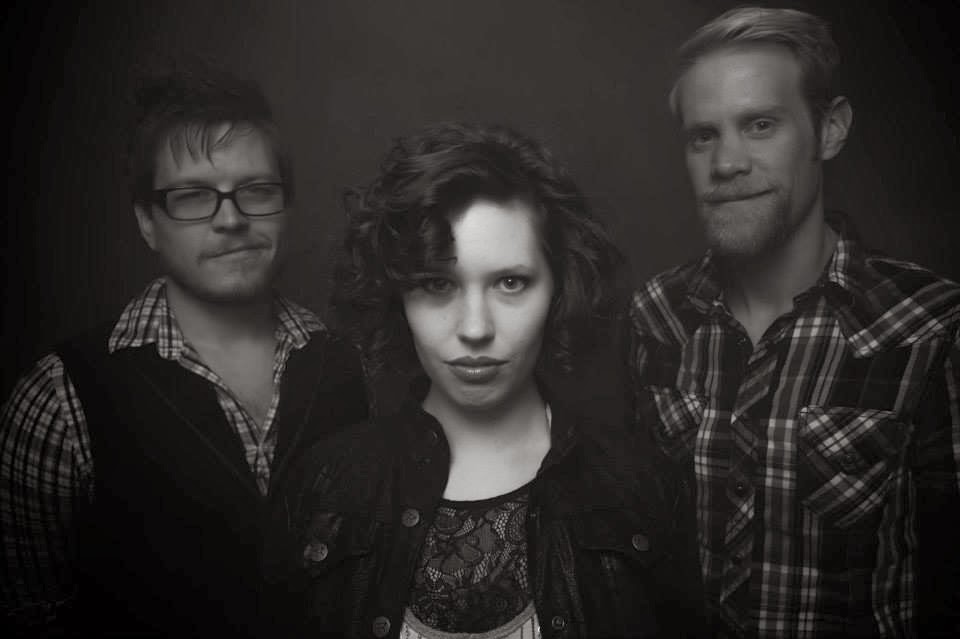 Me (Jessie) and Chris were in a band in high school, but it didn’t work out, so we started playing with his brother-in-law (Derek) and it just sort of happened!

You’ve been likened to acts such as ‘The Killers’; do you think this is accurate?

Yes definitely! They’re one of our major influences!

Other than ‘The Killers’ then, who would you say have been your musical influences, as on your website, you talk about how your EP ‘Sojourn’ has been influenced by various artists.

Yea, definitely… well like we said ‘The Killers’, definitely a bit of ‘Muse’, ‘Florence and the Machine’, and we’d probably say ‘Tegan and Sara’ too.

Your website also claims that your EP is a different take on synth rock music… what do you think it is that makes you guys different, and what were you aiming to achieve with this EP?

I don’t think we were intentionally setting out to be different, it just sort of happened… I think a lot of it is the actual music. We tend to go a bit over bored with the music, so I guess the sound is pretty layered. I think sometimes bands today don’t have many layers to their music, so I guess this makes us sound a bit different. To be honest, we’re just trying to get ourselves out there and hopefully branch out to the UK.

How have you found your music received in the UK compared to the US?

I think it’s a bit difficult to say at the moment, because we haven’t yet been out there and seen the influence our music is having over there yet. There is such a different kind of music scene in the UK that we really want to be a part of. We’re from Oklahoma, and our music is very different from the usually Oklahoma scene. We’re hoping our work will be more accepted in the UK.

I personally find it really cool that you guys are female fronted. What affect has this had on your career as a band, and do you think it has benefitted you?

Yea, I’d definitely say it’s been a benefit. It’s very uncommon within the Oklahoma music scene so it definitely makes us stand out. Plus, there’s been a massive uprising of female artists, such as ‘Haim’, ‘Chvrches’, etc., so this has helped, and it’s really cool to be a part of that.

Finally, you’ve done several EPs now… what are we to expect next from you?

Yes, our first EP was definitely a learning experience. We mainly just wanted something people could listen to! And this one (‘Sojourn’) is us trying to really get ourselves out there and to spread the word of what we’re about. But we have a full album coming out around the end of Summer/ early Fall which we’re currently recording and are very excited about.

Check out the new video for “Every Little Thing” from Sojourn here: http://www.youtube.com/watch?v=2ZyGj3hS3js