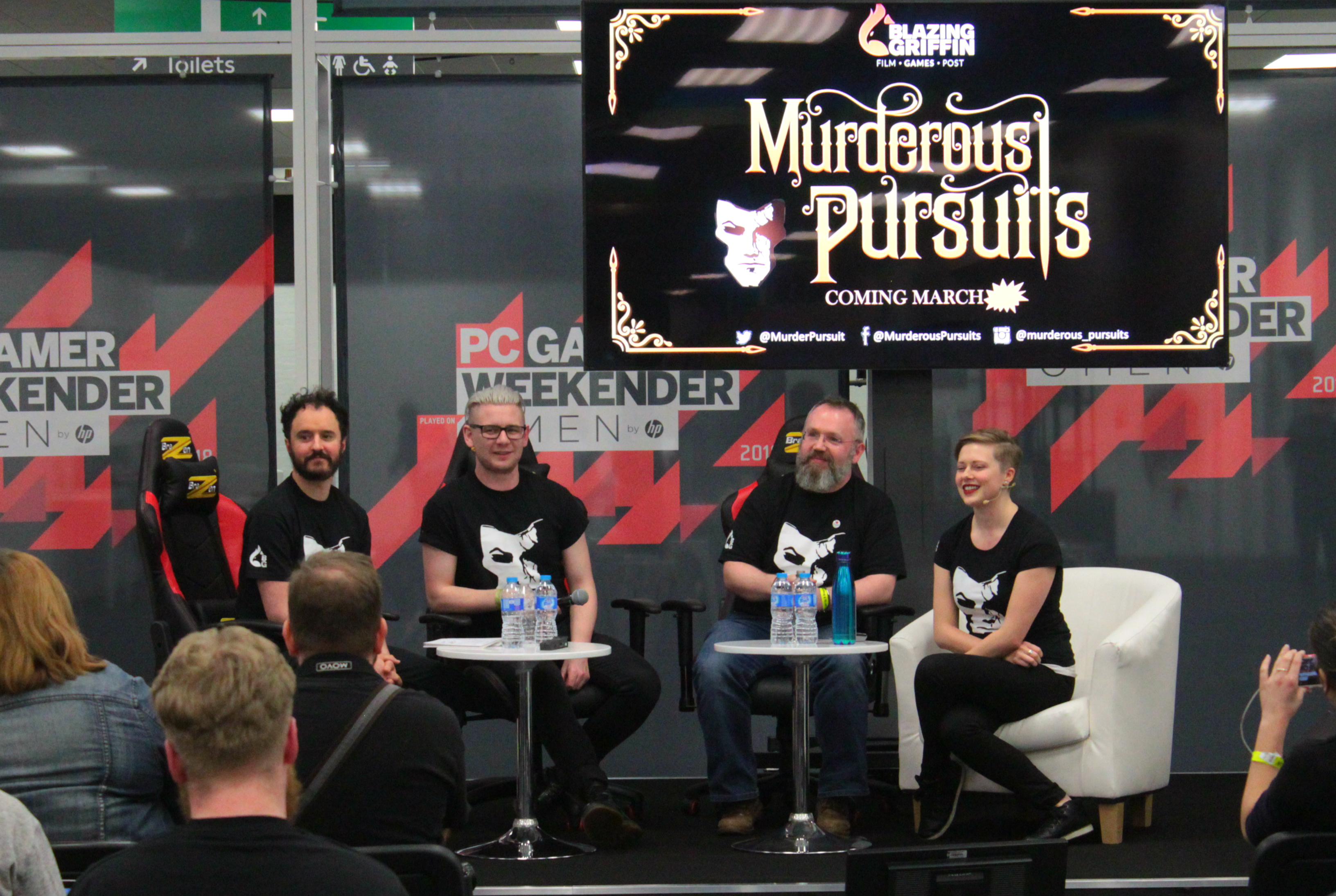 For the third year running, Insanity Radio were lucky enough to have the opportunity to attend PC Gamer Weekender 2018. The event was certainly a success, and some amazing games were on show, including world exclusives, such as the highly anticipated Phoenix Point and the purrfectly pawesome Purrfect Date. Resident Insanity games master Syed reports on the experience below.

PC Gamer Weekender had some truly amazing things on show this year. As I’ve already mentioned, Phoenix Point and Purrfect Date were among the highlights. But they were not the only games worth a mention.

Muse Games’ new release, Guns of Icarus Alliance, was one to take note of. Being a new take on the original Guns of Icarus concept, this game showed a lot of refinement which was missing from the original game launch. The developers referred to Alliance as being “the game they wanted to make” which can definitely be seen through the way it has been fleshed out.

Third person team shooter – DRG Initiative – was another amazing game. The game takes place in a post-apocalyptic world and has a nice late 80’s/early 90’s dystopian feel to it. DRG Initiative has a unique culture and has already has masses of community engagement, especially on Twitch.

But perhaps my personal favourite game exhibited at Weekender was Warhammer: Vermintide 2. The game had developments made from it’s predecessor which intended to add more interactions and unit favourites which I experienced during a playable demo including both Skaven  and Nurgle enemies

But individual games aside, Weekender also allows players to discuss games with not only the community, but also with developers. This is such a distinctive feature that Weekender offers which allows gamers a unique opportunity to put their ideas forward, and even find ways to break into the video game industry. Companies such as SEGA and Rebellion also gave talks over the course of the event about their games but also about ways for players to get more involved in the industry that they love.

In summary, the event was once again a smooth success. It particularly succeeded in showing the willingness of those in the gaming industry to interact with gamers on a personal level as well as commercial with games being on show and discussion open to all.

Interviews from the event are coming soon!