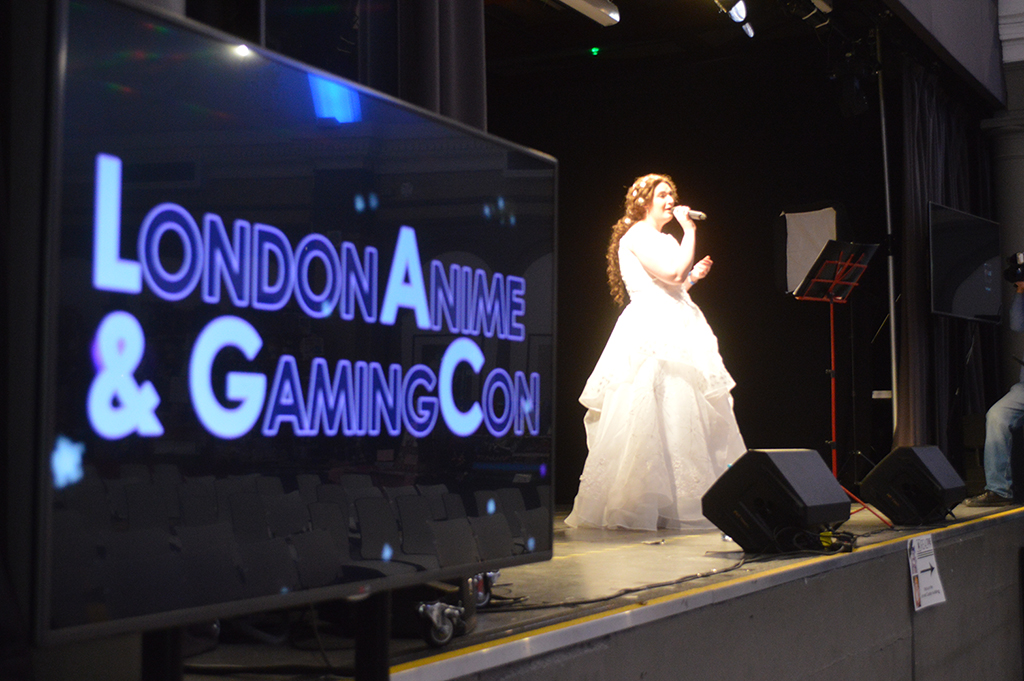 Before London Anime Con I thought it would be a small little convention with a limited amount of cosplayers. However, the moment I arrived at the front entrance my expectations were surprisingly surpassed as the line to the front entrance was long and snaked around the block. As well as this, the people in cosplay dressed in way that felt fitting to the characters they represented and that of the individuals wearing them.

Thankfully I was able to jump the mammoth sized line, along with my photographer Sharky Cole, otherwise we would have been left out in the rain. Nevertheless, when the convention began the place was packed: buzzing and filled with excitement and interesting discussion on various subjects, such as having cosplay experts teaching about the different tools and methods like 3D printing and Worbla. There were various dancing performance and discussion of the anime industry from Aya Suzki and Monica Rial respectively. However, my personal highlight was seeing Lundo lightsaber sport who were officially taught in the various ways to use lightsabers in a sport environment; you were able to see a dynamic lightsaber battle using the different stances and styles in a thematically pleasing manner.

The two of the best highlights of the event were Cosplay World Masters and the Cosplay Masquerade as in both these events you could see the best cosplay shown for competition prizes. Cosplayers of franchises including RWBY, Warhammer 40k and Pokemon were shown off with amazing skill. However, the League of Legends cosplayers dominated the event and took home most of the prizes but nevertheless all the cosplays that were shown were amazing sight to behold.

Additionally, there was a significant video game presence at the event as you had companies such as Ubisoft showing off the new Far Cry Primal which was an interesting twist to the Far Cry formula in that you focus on using more melee weapons and animals to help you defeat your rivals. Additionally there were various PC Games being played such as League of Legends, Quake 3, Dawn of War and Doom to name a few. Likewise, there was a large indie game scene showing off their newest games with rhythm games being shown to animals shooting the zombified queen. Furthermore, a Pokemon tournament was held in which pokemon trainers fought gym leaders to earn prizes, being sponsored by Pokecenterloot. Lastly there was a large retro arcade area organised by the heart of gaming and retro arcade gamer. All these different game events added to the community feeling that suited the theme of a smaller and more focused event compared to a bigger and more commercial event.

The only small flaw with the event is that, at times, it felt like there were technical issues with the music playing on stage. However, this was not an issue with the event itself but more with the equipment that can be easily fixed, particularly as the event was well run with a small amount of staff compared to larger conventions.

In conclusion, the London Anime Con is the convention you should attend if you want to have a fun weekend with friends, talk to new cosplayers, get cool loot at a good price or just find out about new games such as the Illuminati. I would highly recommend going and there could have been things I missed out on due to the fact that I was moving place to place for the entire time I was at the event. So, who knows, perhaps there is a hidden gem I did not find that others may have.