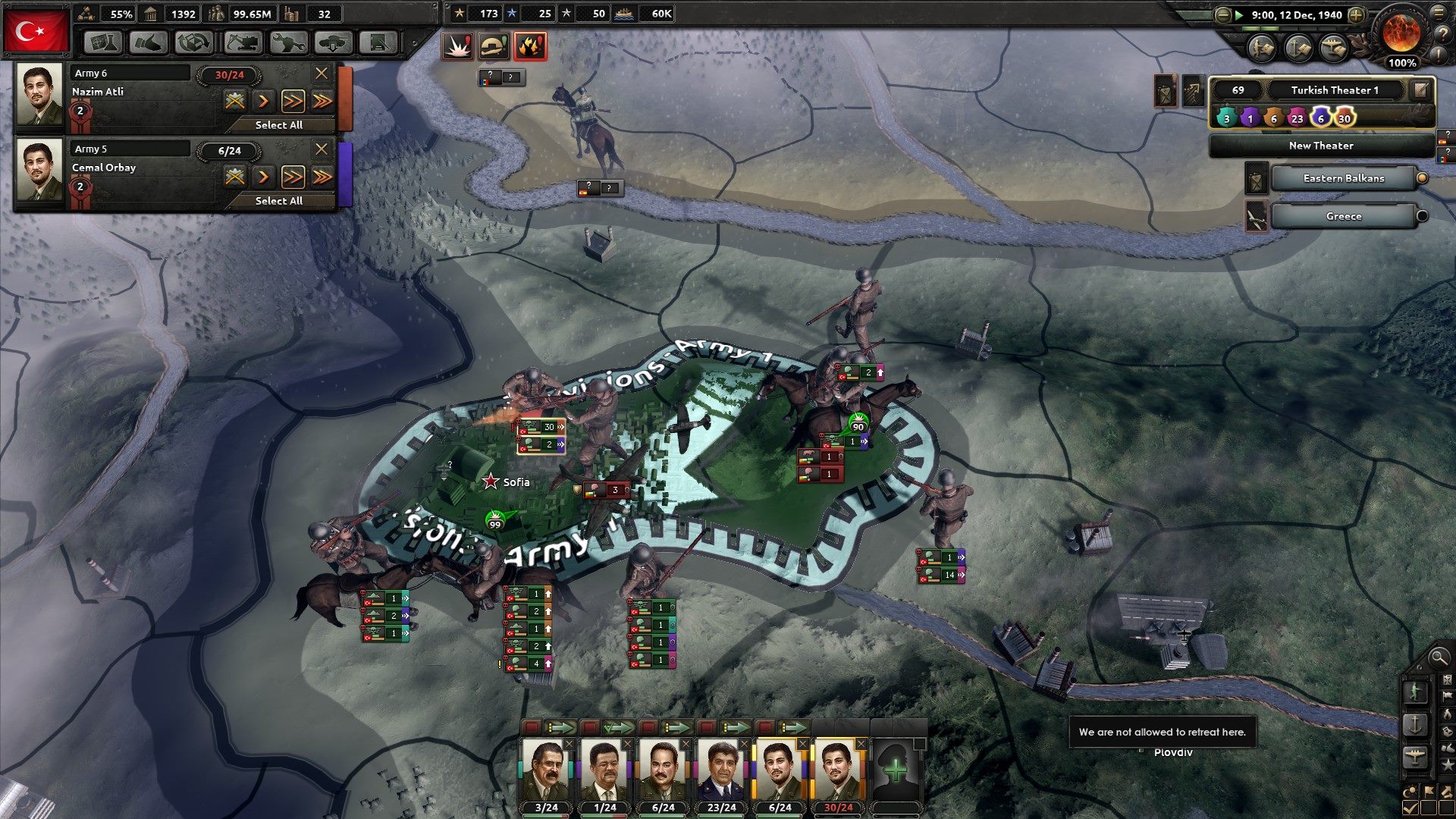 Hearts of Iron IV is the fourth entry in the Hearts of Iron series from Paradox Interactive, the developers behind Europa Universalis, Crusader Kings and Stellaris. The year is 1945, on September 1st the old world is under the control of the resurgent Neo-Ottoman Empire. The old imperial powers of Britain, France and their allies have been pushed to the bottom of the African continent. The Americans are fearful of involving themselves due to a nuclear bomb having been detonated on New York, Washington DC and Boston: the prelude to the invasion of the Turkish Island hopping campaign. The Soviet Union and Nazi Germany have collapsed along with all major resistance in Europe. Today is only the start of the new empire of sons of Otto. This sums up my first 15 hours of my third campaign of this truly wondrous game: a game that lets you think and plan as a military planner would need to.

The backdrop of the game takes place in either 1936 or in 1939. In 1936, you can push your nation state in certain ways that in 1939 would be impractical to do. This could be factors such as improving infrastructure, researching certain technologies and planning ahead of time. As such, for those more interested in the grand planning, it would be best to play in the 1936 era as you could look at your nation state and research how to progress in a way that would suit your playstyle. For those more interested in the grand conquests then picking a powerful nation in 1939 could be more of what you are looking for.

The mechanics feel at times like a more polished Europa style but at the same time feels like the game is trying to be overly complex. What the game aims to be is to as close to reality as possible but still be enjoyable as a game, a feature reflected in the game’s mechanics in many ways. For example, the game makes sure that you understand the importance of ensuring your forces are supplied with fuel, replacements and other logistic equipment – if you lack in some of these areas your troops could be hindered or beaten even if you outnumber and outclass the enemy. However, my biggest annoyance is how hard and tedious it can be to launch sea and air invasions. If you were to attack the United Kingdom, for example, you would need to have 75% control of the air as well almost complete control of all the parts of the sea you would need to send your troops. If you compare this to a game like Europa Universal IV, if you were to launch a sea invasion you would only need to put the troops on a transporter and send ships to defend it, however, in Hearts of Iron, you need to defend sections of sea and put yourself at risk to a massive sea invasion. I can understand the need to have this but with my experience with Stellaris and Europa it seems really weird in compassion.

In conclusion, Hearts of Iron IV is amazing if you are willing to have the patience for it and attempt to enjoy the game. The game is at its best when you can either become a massive superpower as a minor and weak nation, or when you finally defeat a nemesis that has long since been needing a good conquering.