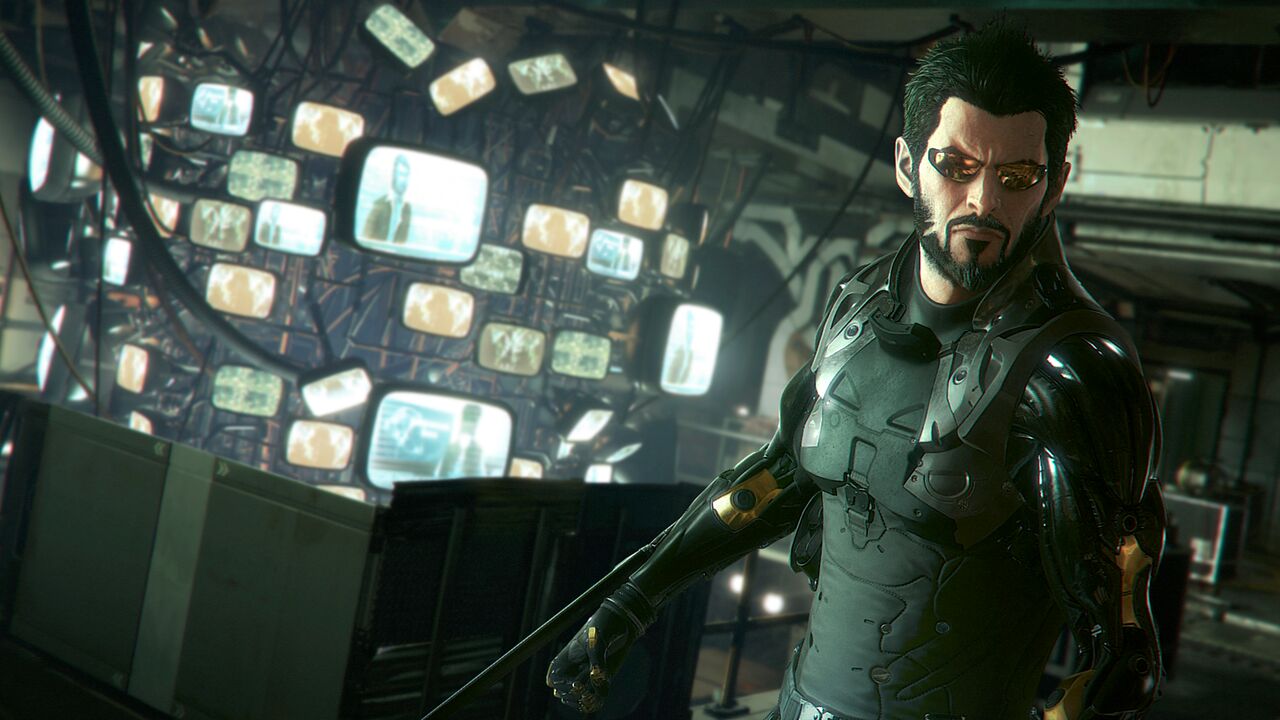 Deus Ex: Mankind Divided is the latest entry in over a decade long series dealing with themes of trans-humanism, conspiracy, and snarky one-lining protagonists. Mankind Divided’s aim in the game is to show the slow fall of the golden age that started in Deus Ex: Human Revolution and the start of the dark age to come in the form of the original Deus Ex. This is heavily implied in seeing Adam Jensen descend to the Earth in way similar to Icarus losing his week in the age old Greek myth. However, the game plays very similar to the Deus ex: Human Revolution and despite there being very little change in the mechanics shown in the previous iteration, it still tells a compelling story that somewhat ends abruptly and rather frankly sequel baits to extreme levels.

Deus Ex: Mankind Divided takes place two years after the events of the original series. It shows Adam Jensen trying to get closer to understanding the greater conspiracy at hand as well dealing with the segregation that has occurred with mechanically augmented individuals. The allegories which are common in the Deus Ex franchise always feel relevant for the time. These themes could easily be applied to either the racial Apartheid that occurred in South African or even to the stigmata that is applied to Muslims in certain countries in the global north. Regardless, the story always has you question your loyalty and to whom you should be trusting in the game and this makes for a great Deus Ex experience.

The part that somewhat drags down Deus Ex: Mankind Divided is in the form of the limited new game mechanics that are implemented. As the game somewhat leans on the pervious iteration of the game rather too heavily, and even through there are new and rather awesome mechanical augmentations, it does not change the game that much. Instead, the game is able to polish issues that occurred with Deus Ex: Mankind Divided and as such this is worthy of praise, as even the different bosses can be dealt with in various ways. This was a major complement in the Human Revolution iteration.

If the Human Revolution took its sound design inspiration from the Ghost in the Shell and the original Deus Ex was from the Matrix, the current sound design is from Akira, with a grimmer and darker appeal, but not one that has transitioned totally to the techno style of Deus Ex. Its music queues and notes make it appear as though the game suggests that there is no hope and that the fate that occurs in Deus Ex is a given and cannot be stopped despite the best efforts of Adam Jensen.  However, Mankind Divided still lacks a certain core theme that both Deus Ex and Deus Ex: Human Revolution had. As Deus Ex: Human Revolution had Icarus, wereas the original Deus Ex had its iconic main theme. To my memory I cannot think of a certain track that feels iconic to this entry in the franchise.

In conclusion, the game succeeds in polishing and fixing the errors that had occurred with the pervious entry in the franchise and as such it should be remembered as an intermedium entry in the series linking the events of Human Revolution and the original Deus Ex. However, its story and themes give it a certain level of staying power which is why I would give this game a 7 (seven) out of 10 (ten). The game somewhat feels that it was cut short ; yet somehow implies that Adam Jensen plays a critical role in the fall of the illuminati and the rise of Majestic – 12 (the main antagonists as of Deus Ex).