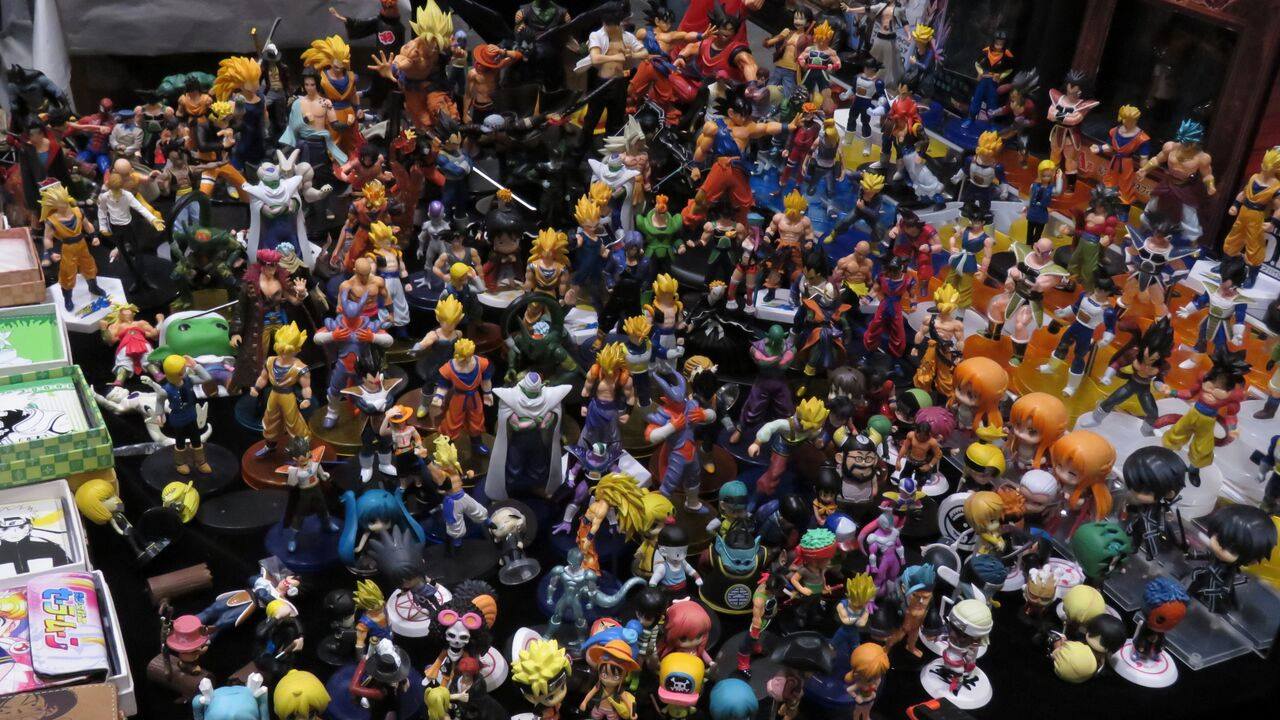 Syed Aadil Ali of Insanity Radio spent the weekend at MCM Comic Con in London and wants to share his pearls of wisdom.

This past weekend, MCM Comic Con happened. For those of you who live under a rock, this is a huge convention where people dress up or ‘cosplay’ as their favourite characters from the comic book world. I had the pleasure to cover this event with three of my favourites: Sharky, Eugene and Alex aka the Melon Men. Thankfully, both Sharky and Eugene helped to take pictures of this amazing event. This event saw 130,000 people come and go over the weekend, which is a huge amount to consider. Now let’s go on to the pros and cons of this event!

It is hard to stress how incredible the costumes were without showing you a million photos. But here is a sample of my favourite cosplays that weren’t in the masquerade. Furthermore, it was amazing to see particularly underrated series’ get the cosplay treatment they deserve. In general, it was awesome to see such a variety of cosplayers.

The stuff on sale aka THE LOOT

The ‘loot’ that was on offer was amazing. Some of the goodies you can get hold of at MCM are incredible. For example, if you look at the picture below you can see the amazing detail in the figurines. I would have bought all of them if I had the money.

The only major con were the major rain downpours! This meant that any event taking place after the Con was cancelled. These events can range from Star Wars cosplayers having light sabre fights, or Nerf Wars. That is my only major complaint. Nevertheless, the queue system has been improved greatly in recent years. In the past, cosplayers were made to wait in huge lines around the Excel Centre in the rain.
Metal Fences around the outside of the Convention hall
This a bit of an odd addition, but makes more sense in retrospect. In the past, the area outside the Excel Centre would be full of people who didn’t have tickets and wanted to just socialise. However, in order to limit this MCM set up a metal fence. But, if you just want to go to the Tesco, you have to constantly show your wristband. This new measure also makes meets hard to organise. Nevertheless, I’m holding out hope for an improved system by May 2016, or a complete scrapping of the old system! Either way, as long as it’s improved, I’m happy.

In conclusion, this MCM Comic Con was one of the best I have ever been to. I would be so daring as to state I could think of no changes other than the ones I have mentioned. I would highly recommend going to May 2016 if you have the money and the funds to attend the convention.