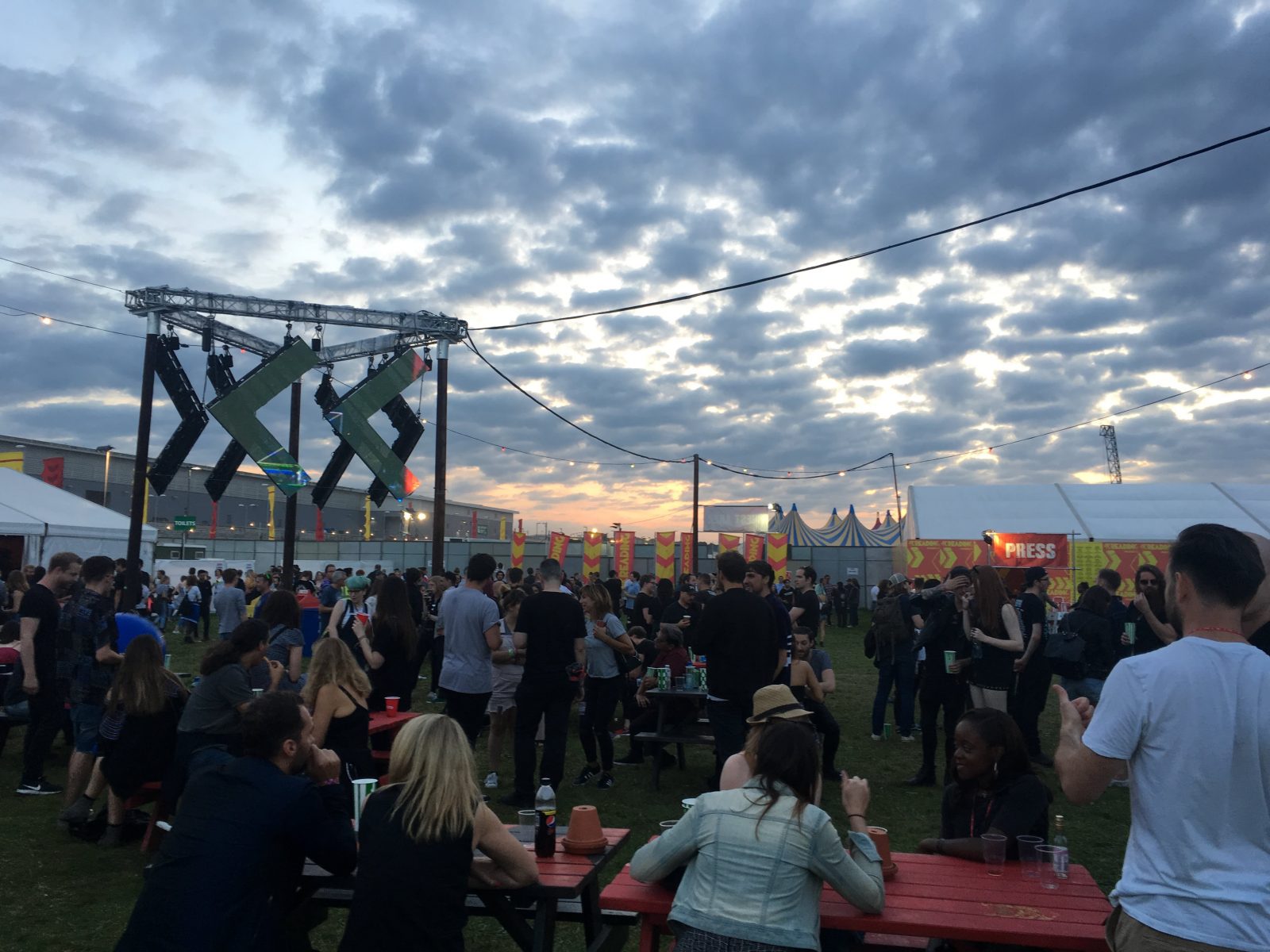 Ahh, festival season. There’s nothing quite like it. Leaking tents, warm beer, everything you own covered in sweat – and you wouldn’t change it for the world. British festivals are unlike any other, and arguably, the king of the warm-beer-and-sweat festivals is none other than Reading, and it’s Northern sibling, Leeds.

With Glastonbury taking a year off, the expectation for the line up was always going to be high – but boy, did they deliver. Despite facing some initial criticism for the lack of more ‘alternative’ bands on the main stage, the line-up across all of the stages is absolutely top notch, and caters for all music tastes, from indie heart-throbs The Magic Gang, to rap god Kendrick Lamar – and, of course, rock acts including classic pop-punkers Fall Out Boy AND Panic! At The Disco (I know, 2004 Phoebe is absolutely losing it as well), to Papa Roach, Creeper, and newcomers The Faim on the more rock-y side of things.

With so many acts to choose from though, ranging from the up-and-coming to the established, and so many stages, where do you start when trying to plan out who you’re going to see? Well, lucky for you, our resident Head of Music, Phoebe, is here with all the acts (well, 10 – she started with over 20 which made for a very, very long article) you DEFINITELY won’t want to miss at this years Reading and Leeds festivals.

Don’t really need to explain this one, do we. Man’s not hot (though if the weather continues the way it has been, man will absolute definitely be hot).

Okay, okay, onto the real list. We give you, ‘Phoebe’s Top 10 List In No Particular Order of Reading (and Leeds) Acts That If You Miss You’re Going To Really Regret It So Don’t Okay I Gave You Fair Warning’: –

Well, I’m not sure about you, but ‘In Too Deep’ has been on my pre-drinks playlist (and a lot of other playlists to be honest) for absolute years. The late ’90s-early noughties pop-punk / skate-punk / alt-rock scenes wouldn’t have been the same without Sum 41 releasing such absolute tunes as ‘Fat Lip’, and ‘In Too Deep’ – plus not forgetting their more recent releases – so even if it’s just for nostalgia alone, make sure that on that Friday afternoon, you’re down there in that pit moshing along with the best of them.

Okay, so when it was announced that Kendrick would be co-headlining the main stage, there were quite a few people who criticised this as being pretty left-field for a rock festival line-up. But damn – and I hope you see what I did there -, there’s no way that you can’t say that Kendrick isn’t an incredible artist, and an incredible performer. He won a damn (ha) Pulitzer Prize for his last album, and if his collaborations with Snoop Dogg and Busta Rhymes weren’t already enough to shout about, his own material truly speaks for itself as being honestly stunning examples of rap.

Ahh, The Vaccines.  You listen to their songs, and you’re instantly transported to a field somewhere, with a can of Dark Fruits in hand, belting out ‘Wetsuit’ whilst surrounded by your best mates. Recently returning with an absolute corker of a new album, ‘Combat Sports’, you simply can’t help but smile whenever you hear one of their cheery, cheeky songs. The Vaccines know what they do best, and what they do best playing to a festival crowd, so if you do miss this one, don’t say I didn’t warn you.

Now, one for all you punks out there. Having released what I will continue to argue is the best album of 2018 (and yes, I know we’re only half way through the year – it really is just that good), Shame are a bunch of post-punkers that it would honestly be criminal to miss. Live, they really are something else – someone needs to invent a phrase that’s more than just ‘high-energy’, because Shame’s live performances fully surpass ‘high-energy’, rocketing into out-of-this-world energy levels, and their set – on the Main Stage, no less – promises to be no different.

Brockhampton are having one hell of a summer. Having released the ‘Saturation’ trilogy of albums last year, the band (ed: I’m still not sure how many of them are in the band. They seem to grow in number every time I see a photo of them) have just started a radio show over on Beats 1, and have, at the time of writing, dropped three singles, that similarly appear to be following a theme, with titles counting down from ‘1999 WILDFIRE’ to ‘1997 DIANA’. Reading will mark the group’s first trip to the UK, with their debut UK show happening only days before the festival on the 20th August. Their set promises to be an absolute masterclass in alternative hip-hop, and, need I repeat myself for the hundredth time – NOT one to miss.

Now, I’ve grouped these two together for (hopefully obvious) nostalgic reasons. Back in the heyday of emo and pop-punk, you couldn’t find a band better than Fall Out Boy, or it’s slightly younger sibling, Panic! At The Disco. Those days, however, are sadly behind us now, but regardless of your thoughts on either band’s more recent material, you can’t deny that their back catalogues contain some absolute #tunes. It’s worth going just to relieve those carefree teenage days, when you weren’t saddled with crushing student debt.

Now, I’ll be the first to admit that I have a soft spot for Let’s Eat Grandma as they’re from my hometown, but honestly, I’d still be head over heels in love with them and their music regardless of where they’re from. The art-pop duo recently released an absolute stunner of a second album, ‘I’m All Years’, and you better be sure that I’ll be right at the front having a boogie to their blissful future pop sounds.

Lucky for you, there’s not one, but TWO chances to catch the Kent punk three-piece at Reading, so you really don’t have an excuse for missing them. The first signing to fellow shouty Kent punks Slaves’ record label, Girl Fight Record, Lady Bird dropped ‘Spoons’ last year and followed it up with a cracking 4 track EP, ‘Social Potions’. See you in the pit for this one.

I could spend absolute hours writing about my love for this next band. Dream Wife, originating through an art project between three friends from Brighton, dropped their debut self-titled album earlier this year, and it insantly became one of this year’s best albums. It’s riot grrrl for the modern generation – it’s no less clear in it’s messages and beliefs that its 90s predecessor, but it’s refined, polished – if that’s not an oxymoron when talking about punk – and above all, clever and smart. Dream Wife know what they’re about, and they do it very, very well.

It’s Pale Waves’ world, and we’re all just living in it. This past year has seen the Manchester indie-pop band continuously move onwards and upwards, headlining DIY’s Class of 2018 at the beginning of this year, all culminating in the release of their debut album, ‘My Mind Makes Noises’, in September this year. They’ve released a number of tracks ahead of the album dropping, with each one somehow surpassing the last, and live, they’re a joy to behold. Get in now and you can say you saw them before they entirely took over the world.

Well, there you have it. 10 acts that you simply can’t miss at this year’s Reading Festival. Can’t say we didn’t warn you.