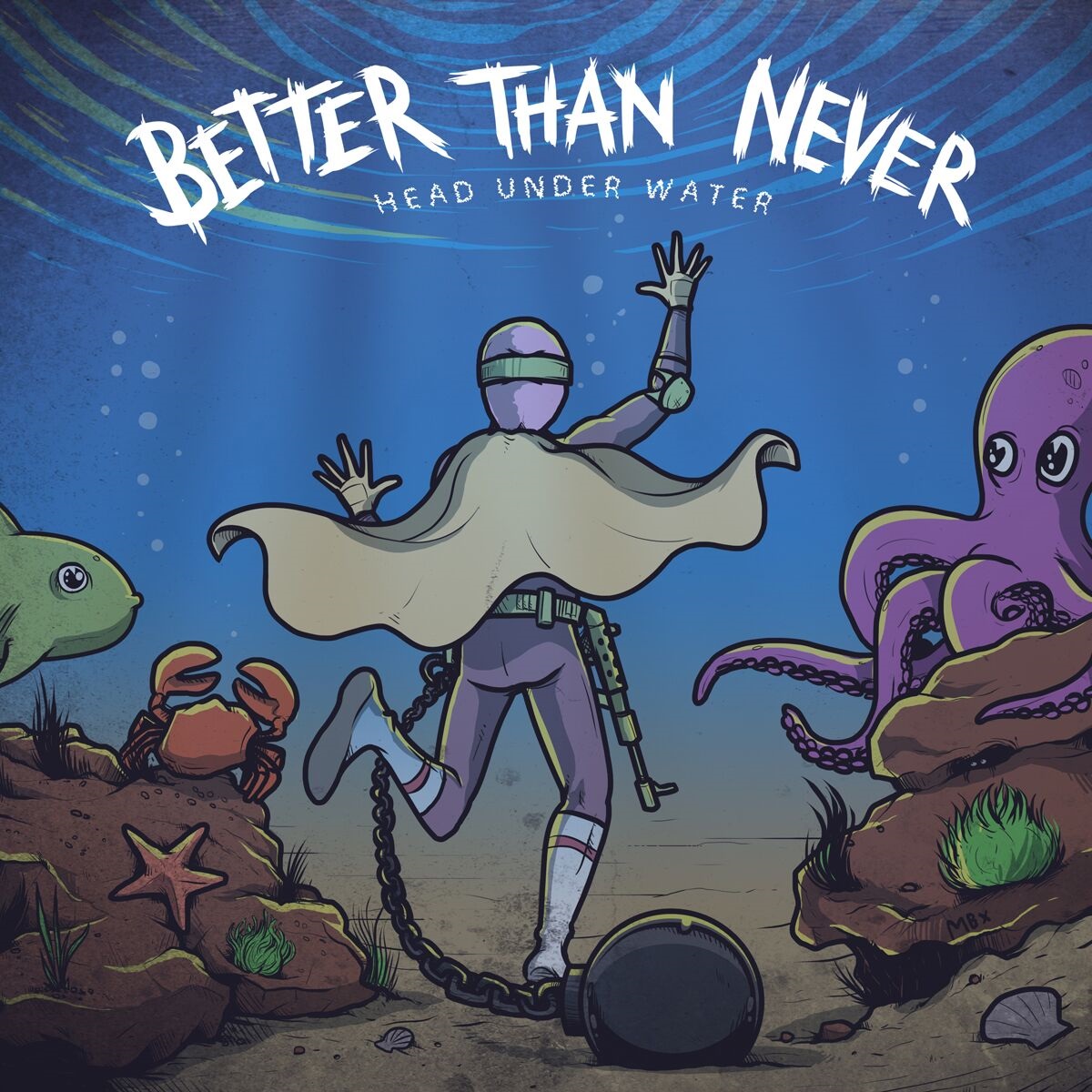 Better Than Never – Head Under Water

Oxford pop-punk six-piece, Better Than Never, released their new EP, ‘Head Under Water’ at the end of last year. It was the second EP they released in 2016, following ‘Homemade Hero’ which came out at the start of the year.

Opening track ‘126’ is a short melodic intro that gives a flavour of what is to come. The EP then swiftly progresses into ‘Learning To Swim’ which opens with vocalist Will Keating singing the EP’s title “she keeps my head under water”. The band succinctly use this track to showcase their ability to combine upbeat, catchy music with lyrics that aren’t quite so happy-go-lucky, a feature that spans the entirety of the EP.

Then comes ‘Dreamland Ain’t All It’s Cracked Up To Be’, another track themed around negative things in life and the difficulties in picking yourself back up. Following this, the EP takes quite a dramatic turn with ‘Forty Eight’ which sees Better Than Never delving into the world of metalcore and incorporating some of its elements in a track that mixes aggressiveness with soft vocals. Finally, ‘Lowhill Lane’ is a slower track that nicely wraps the EP up.

Overall, ‘Head Under Water’ neatly showcases the range of skill that Better Than Never possess and shows their growth as a band, as well as being a fun EP to listen to.