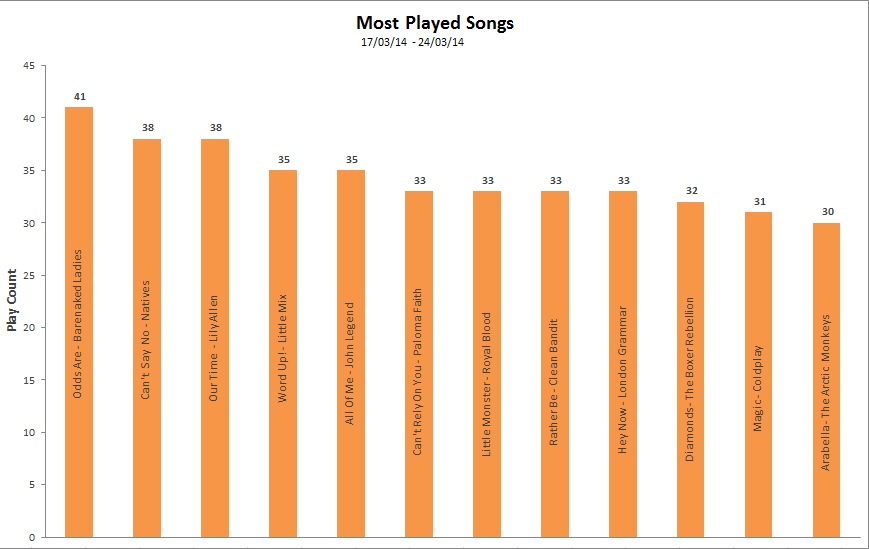 It’s time for another round-up of the most played songs on Insanity Radio – where we reveal what our presenters have been playing most, so you can see exactly which tracks we love! Once again, there’s a great diversity of tracks here, ranging from the hard rock of Royal Blood to the chilled out vibes of London Grammar and Clean Bandit (which should come as no surprise to be included here!) Other noteworthy tracks include “Magic” by Coldplay, “Can’t Say No” by Natives and the official Sports Relief Single “Word Up!” by Little Mix. As for the rest, see for yourself!

“Can’t Rely On You” – Paloma Faith

“Rather Be” – Clean Bandit