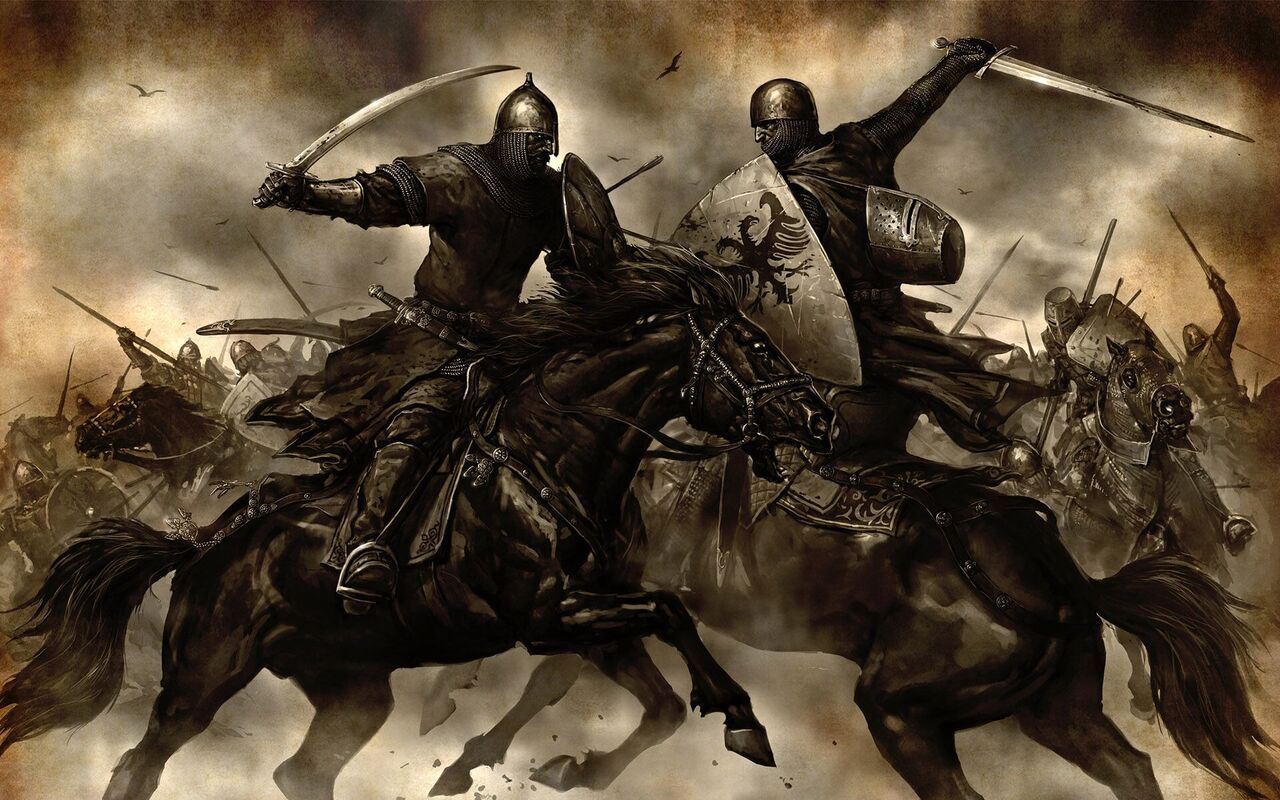 Mount & Blade: Warband, was the second entry and the most popular in the Mount and Blade franchise. As it improved upon the previous version by the addition of multiplayer, the ability to carve out your own kingdom and just being a tad bit more graphically pleasing to the eye. However, the PlayStation 4 for the game is the very first time the game has been ported to the council and as such I was overjoyed to see that the game that I had sunk over one hundred and ninety hours into was as brutal and hard as I remembered it to be.

In Mount & Blade: Warband, there really isn’t a ‘story’. However, the game is a true sandbox in the sense that you could play as a merchant for twenty hours or you could be a pillaging bandit lord that goes after rival merchants. You could even dream of becoming king (or queen) of the entire game world. The option is left entirely up to you. In the twenty hours I spent with the game I was able to raise a small band and start hunting bandits, only to become the hunted and end up being captured, freeing my old party and pledging myself to a lord as a mercenary. This true sandbox feeling is something that many games that I know of have tried and failed at doing but Mount & Blade: Warband succeeds in doing not only on the PC but also on the console port.

Perhaps my greatest concern prior to receiving the review copy was how well the port would be, as Mount & Blade: Warband had generally considered to be one of those games that controllers could never truly succeed in doing. However, when I finally got my hands on the port I was able to put my worries to rest as the melee combat style of being a mix of skill, timing, and luck still is in play and switching between weapons is actually easier on a PlayStation 4 controller than on a mouse. The transition felt natural and fluid. Furthermore, battles are much smaller affairs compared to the PC versions of the game which can been numbered in the hundreds on both sides.  Other than this, the port of the game has no major changes to the PC various of the game and such it would seem rather unneeded to go in depth of the various mechanics. As such I will simply state that the console port in terms of combat, questing, and diplomacy is on the level to the PC port. However, I am rather disappointed there are no ways to mod the game including many of the mods that are on offer on the PC versions of the game.

The sound design still has the medieval style combat and music that, although not rather that noteworthy as separate entities, they truly come into their own when combined together in the grand melee of combat that can occur in Mount & Blade: Warband. Again, I would like to state there is no noteworthy difference between the console and PC port in this regards and that the console port is on par with the PC in this level. However, due the lack of option to change music is something I miss as I would always like to change the music to make the game unique to myself.

In conclusion the game succeeded in being a smooth and amazing port for a game that had never been ported before by a company (to the best of my knowledge). However I would give this game a 8 out of 10 due to the technical limitations stopping it from being a true port of the game.