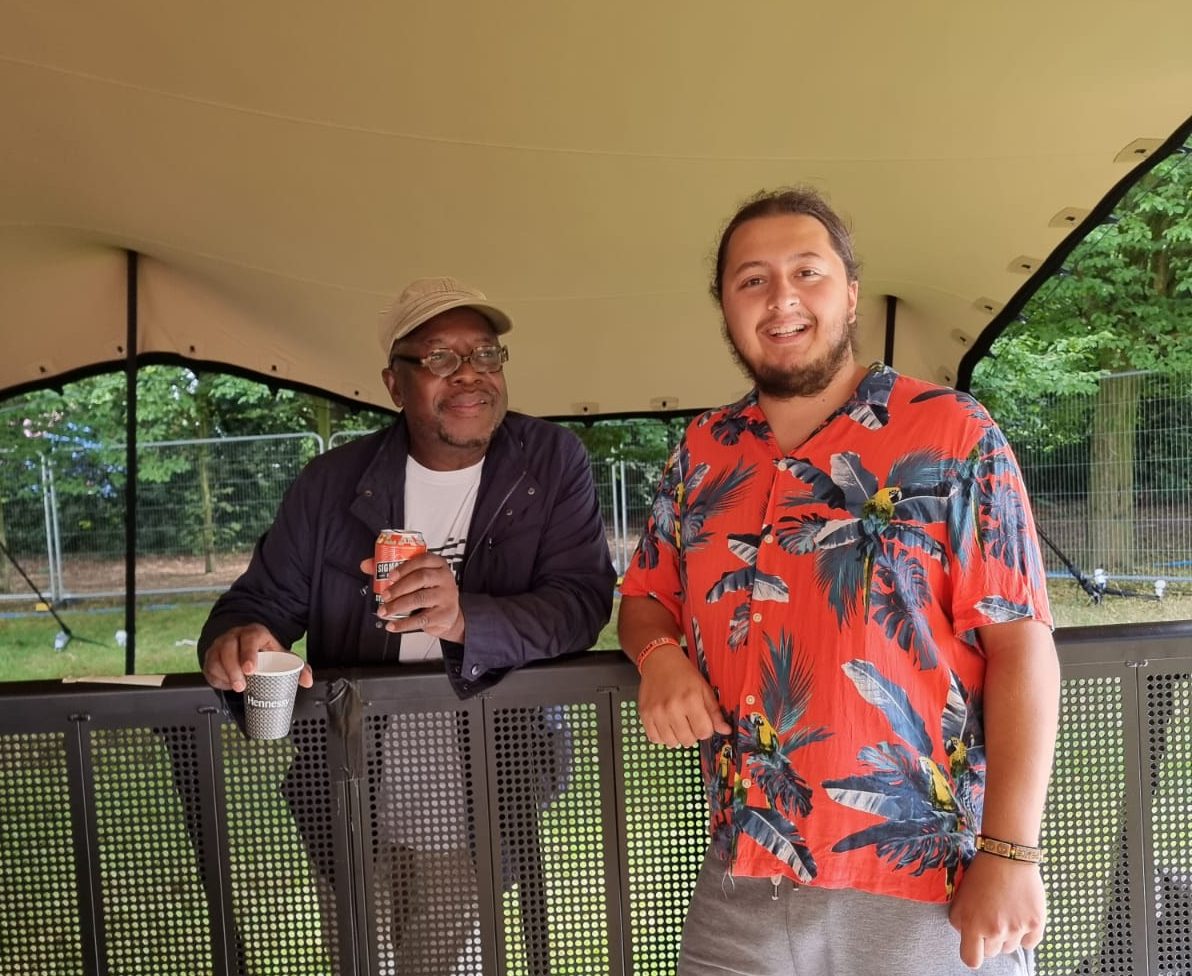 Brooking Roffey from the Insanity Music Team tells us about City Splash – a celebration of reggae music, Caribbean food and high-vibe culture in the beautiful Beckenham Place parkland.

A few weeks ago, I attended City Splash along with DJ Dim. It was an incredible event. It had every aspect you could ask for from a day festival, from the wonderful line-up to the tasty food vendors, City Splash had it all. So, here’s what we got up to at City Splash 2021!!!!

We decided to travel via public transport to the event, as – let’s be honest – nobody wants to be driving through London anyway. Luckily, City Splash is situated between two tube stations, and lots of patrons took the tube rather than a car. It’s a win win for everyone.

While I’m talking about the events location, Beckenham Place Park really is a perfect location for a festival – it provided all the natural elements that really made the festival special. The Woodland stage gets a special shout out for utilising the environment very well to create a D&B hideout that felt secluded from the rest of the event. As for the other stages, each had its strengths. The Rampage Carnival Stage was exactly what it says on the tin, although this was the stage we spent the least time at (only because the other stages had too many good acts to miss). Nonetheless, it was still a really cool spot to here some tunes.

The main stage delivered a main event feel and the artists playing there knew it; the evening at the mains stage really solidified it as London’s premier reggae event. Finally the Channel One Presents stage stole our hearts and was without a doubt our favourite spot. It was the first stage we went to upon arriving, and we kicked the day off in a big way with a set from one of my all time favourite artists, Mad Professor.

On a side note, DJ Dim and I were lucky enough to have a brief chat with the madman himself – just before his set! We spoke about one of my favourite track’s ‘My Opinion’ from the duo of Pato Banton & Mad Professor and he revealed that it was also one of his favourites. During his set he payed a very special tribute to his late friend Lee Scratch Perry and offered some moving words on his friend and Dub co-conspirator ‘Scratch’.

An outstanding start to the music at this event.

On the topic of music City Splash had no shortage of acts ready to blow you away – from the Dub vibes of Mad Professor to Jesse Royal and Lila Ike, it was certainly outstanding. A special shout out to Kiko Bun for his set: Bad Boy Tenor will always be a certified banger and hearing it at the main stage felt great. Of course, Eva Lazarus tore down the Channel One Presents Stage in the evening.

However, without doubt the combination of acts on the Main Stage cemented this event as must see in the festival calendar. The evening kicked off with Hollie Cook who treated us to some new tunes as well as some cherished classics.

But after this were we in for a treat. Jesse Royal took the stage – and it wasn’t just the reggae fans who wanted to see him – the stage filled with other artists wanting to see this immensely popular Jamaican artist. His set delivered big tracks like Natty Pablo, and was top quality all the way through – the only hang up here is that I wish it had been a longer set!

Even though Mr Royals set was shorter than we’d hoped, it didn’t matter as he was followed by Lila Ike, who in my opinion delivered the best set of the festival. Her vocals sounded great through the sound system and this set felt special. During the set Lila would let us all know that the past time she was in London she was singing one song on a Protoje set so the fact that she was now headlining London’s biggest reggae event was a big deal and represents the journey she has been on the past few years. I see more big things coming for her, and City Splash, in the very near future.

Of course, even after all of that we still had one more treat before we left, I am of course talking about Beenie man. Yet another top-level headliner at this event, but of course it was bittersweet as he was there to replace Barrington Levy who unfortunately couldn’t make the event due to travel issues. This didn’t feel like a problem though, as Beenie Man delivered. He delivered his second set in the UK in 12 years: a worthy replacement for an iconic artist like Barrington Levy. Beenie Man delivered a closing set like nobody else, and the whole crowd were vibing to his unique sound and vocals.

All in all the music at this event was top notch and I’m curious too see how City Splash top the line-up next year!

It wasn’t just music on offer at the event however, there were a plethora of food traders delivering some of the best Caribbean food in London. A wide variety of jerk BBQ’s and every other Jamaican food you could think of lined the streets of City Splash. The queues were so long at times it’s a shame there weren’t more traders, but who can blame the hungry festival go-ers! The blend of food and music really felt like an insight into Jamaican culture right in the heart of South London.

Overall, the festival delivered in a big way, the tagline of music, food & culture was at the core of the event and you could see that tremendous effort was made to make the event really special for everyone involved. All the people I interacted with at the event were very jubilant and it felt like a proper return to festival culture in London.

City Splash – DJ Dim and I tip our hats to you – we can’t wait for the next one!

To here more about this event and everything else Reggae, Dub and D&B tune into Peace Love Reggae Dub Every Friday at midday