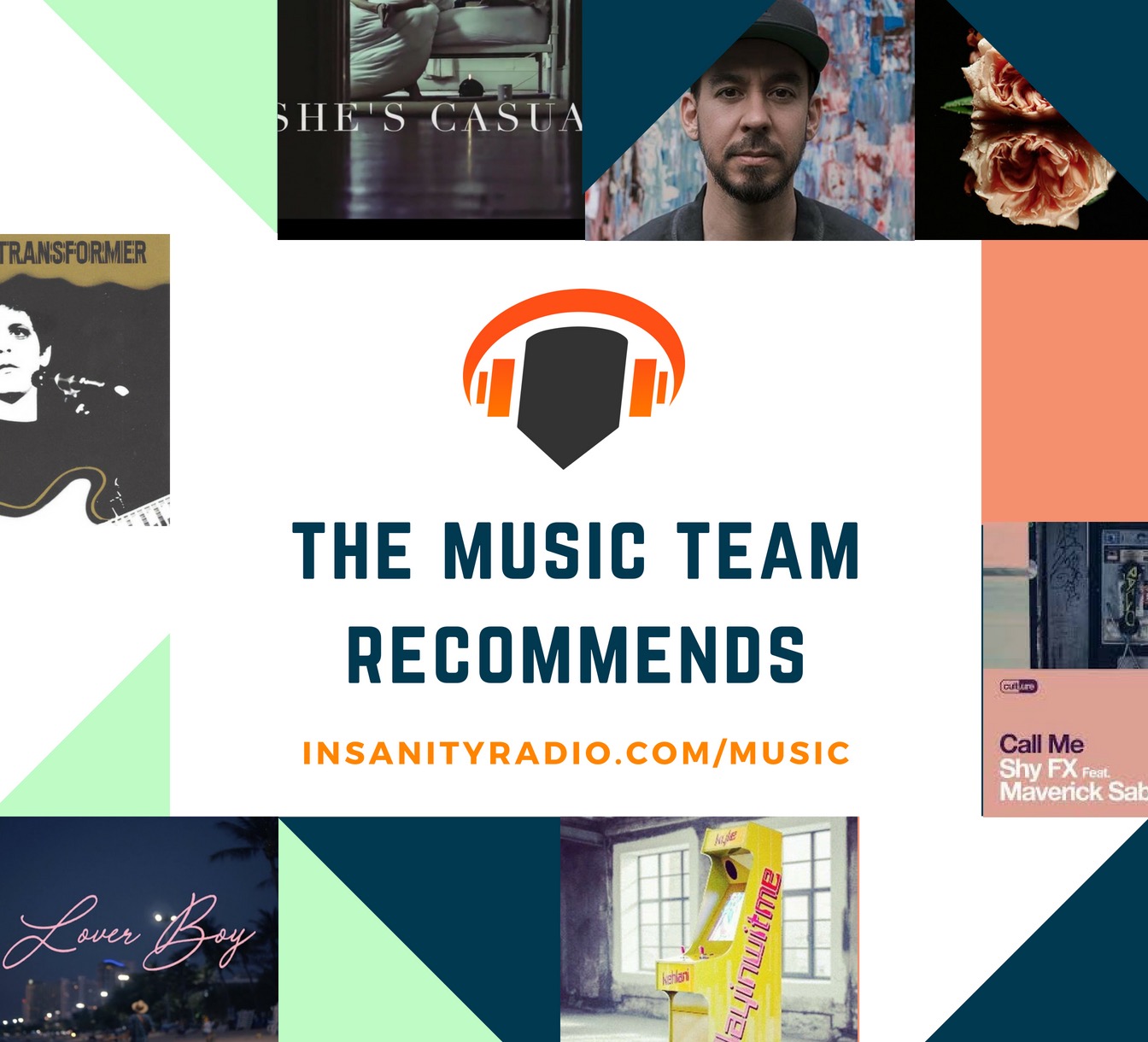 Well, very, VERY exciting times here at Insanity – the end of summer term coincides with the start of the Radio Board for 2018-19, and just because it’s summer, it doesn’t mean that we won’t be bringing you the great content we always do. Case in point: we’re bringing you the first in a brand new series of articles! Each week the music team will be bringing you a playlist of tracks picked especially for you by each member of the team, showcasing the music we’ve all been listening to that week. And so without further ado, welcome to The Music Team Recommends: June Edition.

Did you know he went to Reading once? Insanity’s resident indie expert (he can fight it out with Jack for that one) has chosen a track from indie rockers The Hunna. Released in 2017, this track has a mellow vibe that’s perfect for playing late in the evening when hanging out in the summer sun with friends.

Phoebe: Lou Reed – Walk On The Wild Side

Not a new track by any stretch of the imagination – hello, 1972 -, but Walk On The Wild Side is, simply put, the quintessential summer tune. Stick this on and let Lou Reed’s vocals wash over you as you’re drinking that warm can of Dark Fruits.

On to a much newer track – at the time of writing this, Big God has only been out for an hour, but it’s already Maddie’s favourite tune of June. It’s got the sound Florence + The Machine are known for whilst never seeming stale and putting a fresh spin on it, with as-per-usual stunning vocals, and certainly paves the way for what’s looking to be an incredible fourth album from the band.

With an extremely cool music video featuring a ’90s style game show, this is going to be one you’re going to be hearing in all the clubs, so get in there before all your friends and show off your new music knowledge.

Surprisingly heartfelt and emotional for a pop – I guess, it’s maybe more alternative pop? – song from Linkin Park member Mike Shinoda, ‘Ghosts’ manages to be a song that is both one you want to dance to, as well as maybe have a little cry.

Now this, THIS, is the atmospheric summer bop you’ve all been looking for. In parts both mellow and then almost infuriatingly catchy and upbeat, it’s just that – an absolute bop.

At times punk, at times almost sounding influenced by R&B, as well at times sounding a bit like a rap song but not really? – this song really does have it all. If you’ve been looking for an alternative track to introduce you to a new artist, this is certainly it.

Guitar? Check. Wistful vocals? A quiet drumbeat that eventually brings the track to an anthemic chorus? ‘All Night’ has everything that you need in a summer tune, so make it one of your picks for 2018.

This track from American band Hundred Waters features almost angelic sounding vocals from frontwoman Nicole Miglis, coupled with an electronic beat that makes it perfect for the summer.

One of the catchiest tracks I’ve heard in quite some time, this one will appeal to fans of Mac Demarco’s guitar sound, but Phum Viphurit go further and give this track an almost funk edge, with slight R&B undertones.

Whilst this wasn’t Ian’s original choice (this Head of Music flat out refuses to subject our readers / listeners to The Wurzal’s cover of ‘Ruby’ by Kaiser Chiefs), this track is an easy-going, mellow – dare I say it? I think it deserves the accolade – indie classic that will make fans nostalgic for the golden days of indie music.

Sansy: The Internet – Come Over

If you’re on a beach even just once this summer, and someone hands you the aux cord – don’t panic thinking about what tune to put on – simply pull up ‘Come Over’ by The Internet, and everyone will be complimenting your taste in blissfully chilled out R&B and soul.