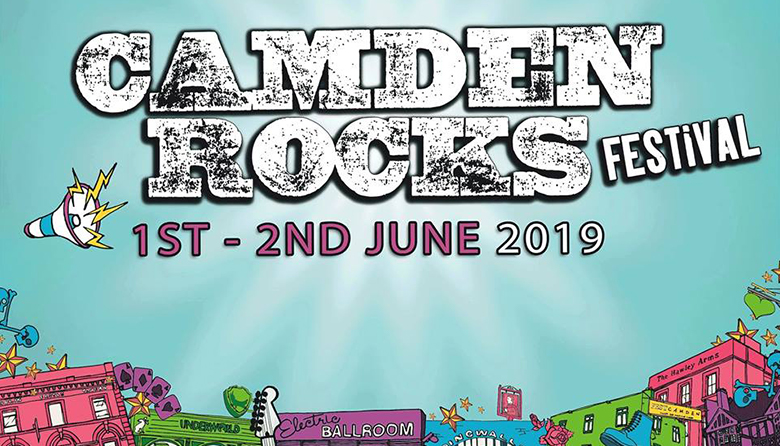 Festival season is well and truly upon us, and if you’re as big a fan of rock and alternative music as we are here at Insanity Radio, one festival that won’t have escaped your notice is Camden Rocks, a 2-day event taking place on the 1st and 2nd of June, across the entirety of Camden. With over 400 bands playing across 20 venues, trying to plan out which artists you’re going to see is a daunting prospect, but never fear – Insanity Radio are once again coming to your rescue, with our handy guide of our top picks of who to see at this year’s Camden Rocks.

Now, if you’re a fan of glam rock and late ’70s/early ’80s glam punk, you’re not going to want to miss Bexatron. Channelling the likes of Blondie and the New York Dolls, their own take on glam rock is well worth a watch, with their high-energy and electric live performances making you feel like you’re back in ’80s New York.

It’s no secret how much I adore King Nun, so you better believe I’ll be right down the front for this one. Signed to Dirty Hit, they released their debut EP, I Have Love, last year, and it’s a riotous collection of the pure indie-punk bangers that they do so well. Live, they’re honestly one of the most exciting bands you’ll get a chance to see, so make sure you’ve got these guys on your list.

Considering that Strange Bone’s recent singles were recorded on the same SoundCity Neve desk that Nirvana, Metallica, and Guns and Roses all once recorded on, you know that it’s going to be good – and these guys are even better than good. They’re loud, brash, outspoken, and really, really good.

Having released their debut album, Columbia, last year to critical acclaim, the Doncaster-born The Blinders mix all of the political snarl of proto-punk with guitars positively dripping with psychedelic noise, creating something with an incredibly strong creative vision that more than pays off.

This year’s Camden Rocks is something of a homecoming for London alt-rockers Juicebox, who made their festival debut at last year’s Camden Rocks. They’ve released a recent slew of hard-hitting indie rock singles, including their latest track, ‘The Golden Age of Television’, which sees the band draw influence from the likes of The Smiths, Catfish & The Bottlemen, and The Amazons.

Queen Zee have amassed something of a cult following in recent years, and it’s easy to see why. Gaining a reputation for live shows that are as welcoming and inclusive as they are rowdy and chaotic, previous single ‘Hunger Pains’ was supported by the likes of Iggy Pop on Radio 6, and hey – if it’s good enough for Iggy Pop, it’s more than good enough for me.

Seamlessly blending rap with indie-rock to create a sound very much unique to him, Rat Boy continues Britain’s history of producing a long line of story-telling lyricists who paint a picture of the society in which they find themselves. It’s raw, raucous, and perfectly Rat Boy.

Fresh off the release of their debut album, Welcome To Silvertown, it’s clear why Saint Agnes have rapidly gained a reputation as being one of London’s most exciting live bands. They combine blistering doom with churning, fuzzy bass, cementing their place as a rock band that recognises the music of the past, whilst striding forward with a sound that is completely their own.

What I love about Camden Rocks is that whilst it supports and showcases some of the best new alternative music from across the country, it also features a number of bands from the heyday of ’70s punk. Forming in 1977 at the height of the explosion of British punk rock, The Ruts broke up in 1980, before reforming as Ruts DC in 2008, with the release of a new album, Music Must Destroy, in 2016.

Hands Off Gretel are one of the bands at the front of the current resurgence of riot grrrl, and it’s clear to see why. They combine the best of ’90s grunge and alternative rock with a blistering swagger and snarl courtesy of singer Lauren Tate that Hole’s Courtney Love would be jealous of.

You can check out the rest of the line up on the Camden Rock’s website, and we’ll see you down the front.