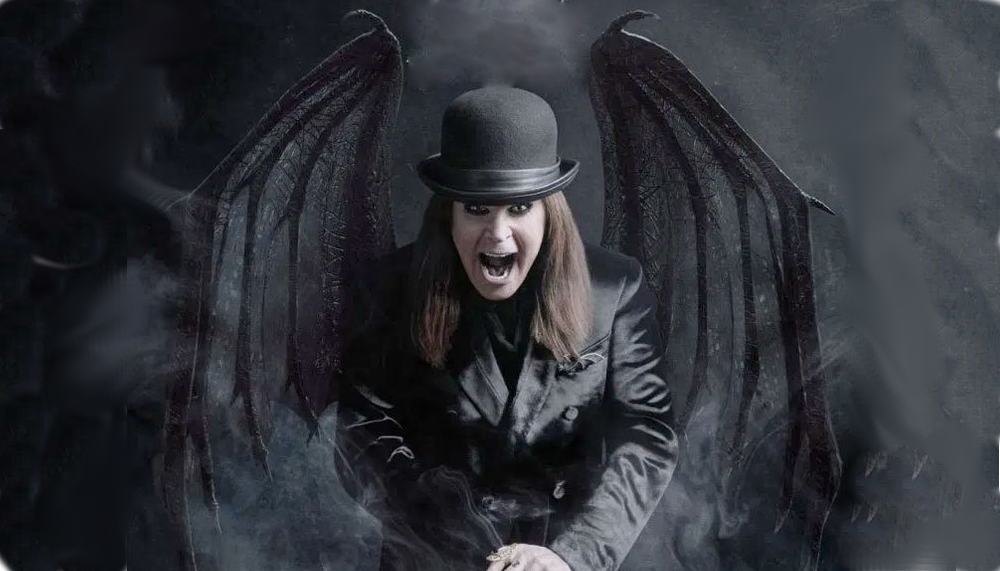 Greetings and salutations fellow metal-heads and fans alike, ‘tis the year to talk about metal in its various forms. This year has seen a leap in the number of rock concerts and bands releasing new albums. From the metal overtures of Apocalyptica who released Cell-O back in Jan, to the femme fatale Maria Brink from In This Moment, releasing Mama later this month. We, instead, go back on the crazy train to the old school overtone that is, Ozzy Osbourne after a 10-year absence in his solo career.

My first thoughts of the album name and cover intrigued me, I mean, compared to his other albums like ‘Diary of a Madman’ this album looked pretty tame. I realised very quickly how wrong I was…this album was anything but ‘tame.’

We start with the hard-hitting ‘Straight to Hell’ which straight away takes us back to the classic rock sounds. And, right off the bat, the wicked guitar whizzing is enough to give your Nan a headache. ‘All My Life’ sounded more modern, a good headbanger as Ozzy quenches our thirst for metal. ‘Goodbye’ took me back to Black Sabbath’s ‘Hand of Doom’, especially when it switches pace to and fro. But its fast pace was a nostalgic reminder of the power and energy an old-school rocker like Osbourne still has, while beautifully blending in those bluesy undertones.

‘Ordinary Man,’ the defining song, seemed appropriately ballad-y. The choral background and strings added an extra element to blend the sombre tones, with Ozzy confessing his sins to his fans. Suffice to say, it was NOT a power piano ballad with Reggie, otherwise known as Elton John, but a brutal understanding between the accomplished artists about the difficulties of fame.

While ‘Today Is The End,’ sits awkwardly on the scale of heaviness, but compliments the theme of ‘Ordinary Man’, songs like ‘Eat Me’ and ‘Scary Little Green Men’ deliver on the heavy factor. Perhaps the inner demons he’s referring to, have finally been caught and cease to terrorise him enough to be able to produce this album? ‘Holy For Tonight’ is hence the un-rushed sympathy song. The acceptance of his errors while, in a gentle gothic fashion, capturing the element of death and acknowledgement of forgiveness in his life and the afterlife. Trust Ozzy to bring some semblance, despite his ageing. But ‘It’s a Raid’ picks up the pace, with Post Malone adding a splice of merging vocals to Ozzy’s, to harmonise the love of affair of melody and screaming.

Rap and rock go together like peanut butter and chocolate – since its emergence in the 80s, it just works. So naturally, I had big expectations for ‘Take What You Want’. Though the track sounded more like a modern rap track, there wasn’t any rapping itself though there was a good heavy guitar solo at the end. I was left slightly confused yet the more I listened to it, the more I liked it. That being said, it was Post Malone’s song featuring Ozzy, not the other way around which is why the different genres are alloyed. Yet, galvanised by the vocal ability of Ozzy and Travis Scott. So, if you’re not a big fan of rock, you may yet enjoy this track.

But the song that impressed me the most was ‘Under the Graveyard.’

‘Under the Graveyard’ is so classically rock, referencing Ozzy’s past substance abuse and partying days. Like many of the classics, rock was a great way to capture the experience of controversial topics.

‘No high could save me from the depths of hell
I’ll drown my mind until I’m someone else.’

This blue-streaked banger really burrowed into the cruelty of his barely conscious mind. The powerful guitar solo yanks you into the built-up hysteria of an intoxicated Ozzy, before suddenly releasing the listener back into reality – showing you how scary the experience was. There’s no need for complicated lyrics in this track when there’s a brutally honest biography and a blare of bedlam.

I have to say, ‘Under the Graveyard’ was probably my favourite track of the whole album because of its return to old school rock concepts in terms of both topic and sound.

More specifics about the album’s construction, we have some BIG names participating, Tom Morello, lead guitarist from Rage Against the Machine features in a couple of tracks along with Slash, the lead guitarist of Guns N’ Roses. But one of the main musicians involved in the project is the wicked drummer of Red Hot Chili Peppers, Chad Smith (not to be confused with Will Ferrell).

All in all, the album has a great mix of old school sounds, gripping guitar solos and deft drumming. If you’re looking for a thrashing hard-core sounding album then I’m sorry to say this album isn’t the answer, but considering Osbourne’s recent health scares, the album came out all right. Maybe it’s because of his personal problems that the tracks addressed Ozzy’s past mistakes. I, originally, thought this was a ‘farewell’ album, a penance to the past and forgiveness for the future. However, he’s already confirmed more songs are in the works, so perhaps we shouldn’t be so quick to de-throne the Prince of Darkness.

Ordinary Man’s gotten a lot of positive reviews, with people noting how his vocals hadn’t changed after, how many years in the music business?
I mean Ozzy was rocking in the 70s and now he’s rocking IN his 70s!
The Godfather of Metal still lives, and he most definitely will not die an ordinary man.