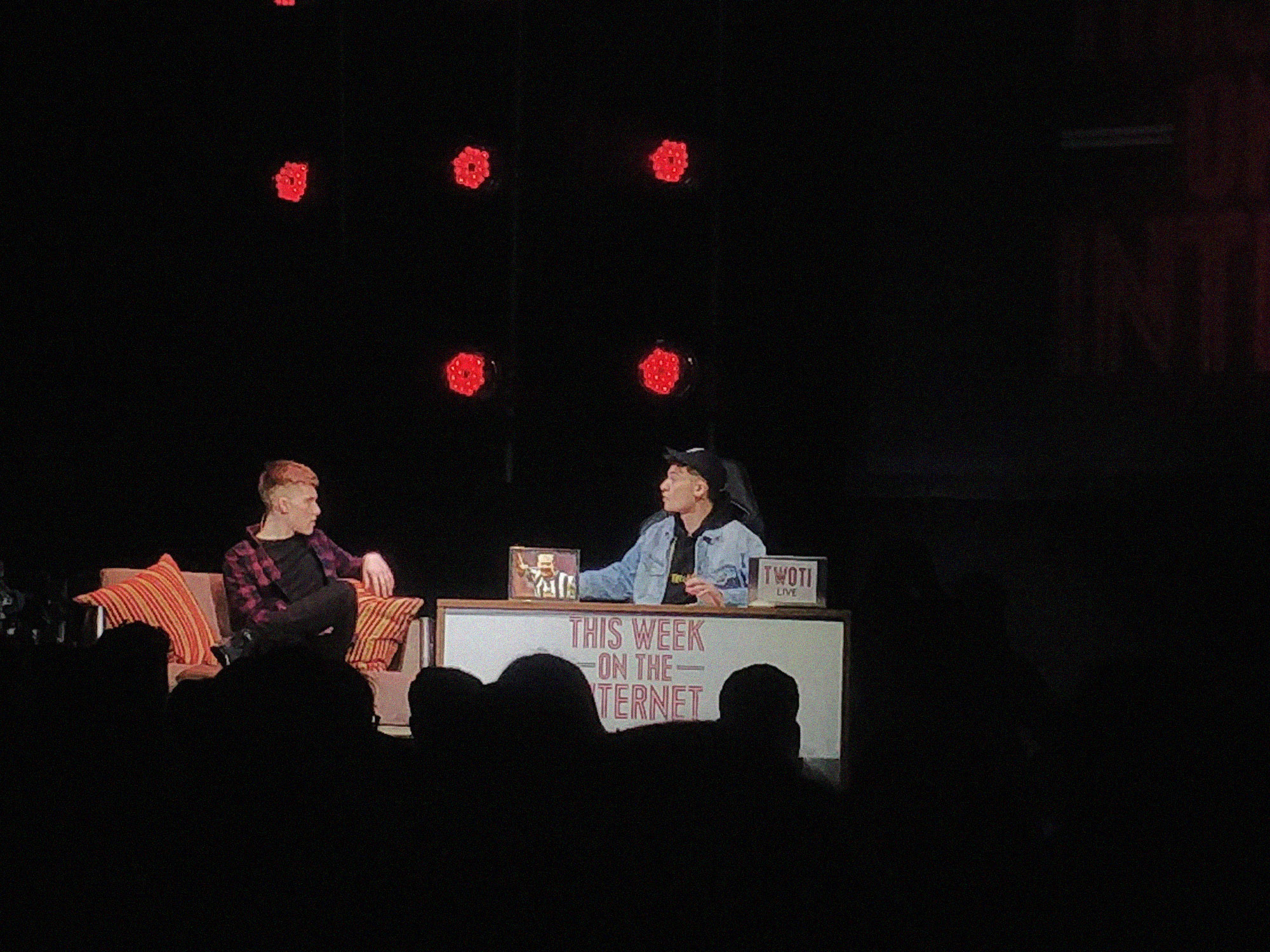 Gig Review: This Week On The Internet Live

WillNE is probably one of the UK’s most successful YouTubers. Having amassed nearly 2.6 million subscribers, he mostly uploads reactionary videos – and he’s not even a year older than me. My friend and I, both big fans of Will Lenney and his show This Week On The Internet, thought it’d be a great gig to check out. So we did.

Yet up until the first curtain, neither of us had any idea whatsoever what to expect – what on earth were WillNE and his mate Stephen Tries even going to talk about?

All we’d seen before the show were very out-of-context clips on YouTube, pretty much leading to the conclusion that the show must just be Will and Stephen engaging in post-ironic humour on stage for 90 minutes. Would we be proven wrong?

To the O2 Shepherd’s Bush Empire!

It took Will about ten minutes to break the “no swearing” rule imposed upon him by the touring company (in a room full of 12 year olds and parents? Surprising), imparting to us the secret reason as to why Stephen Tries’ £10,000 TikTok deal fell through. Spicy.

The audience were treated to lots of comedy sketches (including a game show!) and a whole bunch of newly-formed inside jokes that we hope will be referenced in future videos. My favourite sketch (*spoilers*) involved seeing ManLikeMax make a total fool of himself in a scarily-accurate parody of a night out in the UK (on a serious note – please drink responsibly).

In at a very close second was Will’s death and on-stage funeral. With it, we learnt perhaps the most important piece of life advice. If the doors to a lift open, and there’s no lift, don’t step inside.

Honestly, I’m still not sure what happened during the Grand Finale. I filmed part of it on my phone, and even though I’ve watched it countless times, seeing Stephen and Max rapping atop a bad cover of Dragostea Din Tei still makes no sense.

Overall, a solid show. However, obviously Will and Stephen had to tailor the show to a parent-supervised audience – none of us like the idea of a censored internet. It did, hence, feel a bit watered down in parts. A shame, but perhaps a necessary evil.

In the end, we left the O2 having no idea what we had just witnessed. But I loved every second of it. Its self-aware nature of the absurdity of two YouTubers who had amassed a huge following in a very short time made for incredible viewing, and the fact that we were able to engage with internet culture in such a way that transcended beyond our screens was an exercise in surreal whimsy. It’s always great to see your favourite people – in this case, people of the Internet – up close and personal.

If you see two girls in Egham sporting extremely comfortable “Subscribe To WillNE” hoodies, be sure to say hi (seriously, how do they make hoodies this soft?).

*This review has been amended for clarity.